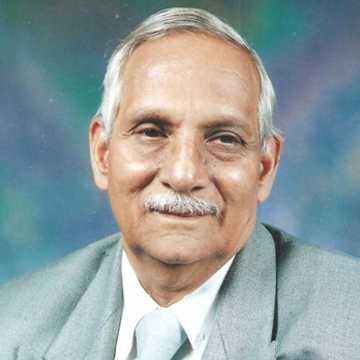 We are privileged to have the blessings of the veteran and legendary Physiotherapist, Late Prof. M.G. Mokashi who was our chief mentor and whose constant guidance has been of immense value to us in building up the magazine to its current standards. He left for heavenly abode on Oct, 20, 2016. He is no more with us but his teachings would continue to guide us to the path of righteousness. He joined us to serve the common objective of providing information on various useful avenues to PT population in India.

In his long career spanning over five decades as a physiotherapist and an academician par excellence, Prof. Mokashi had watched Indian Physiotherapy come of age from close quarters. He was a fatherly figure to many physiotherapists and his contribution to Indian Physiotherapy is unparalleled. His passion for the upliftment of the profession was exemplary. As our chief mentor, he was the guiding force throughout for us. He has also authored a book titled "Holistic Approach to Neurophysiotherapy - Evidences and Experiences" which is published by our company Movewell Media.

Prof. Mokashi had worked as chief, physiotherapy and PG teacher at the All India Institute of Physical Medicine & Rehabilitation (AIIPMR) , Mumbai from 1961-1994 till voluntary retirement. He extended his services to private sector as well. He had served as Principal, LMCP, Mangalore, Professor Director J N medical College Belgaum, Director Research and Faculty Development at Garden City College of Physiotherapy, Bangalore and was a Guide for PhD at Dr. D. Y. Patil Vidyapith, Pimpri, Pune. A fellow of the IAP, Prof. Mokashi had served as the General Secretary in 1965 and was elected as IAP President thrice i.e in 1968-69, 1978-80 and 1994-1996. He had represented IAP as Delegate in WCPT twice i.e. in 1974 in Montreal and 1995 in Washington.