A Special issue on Sports Physiotherapy 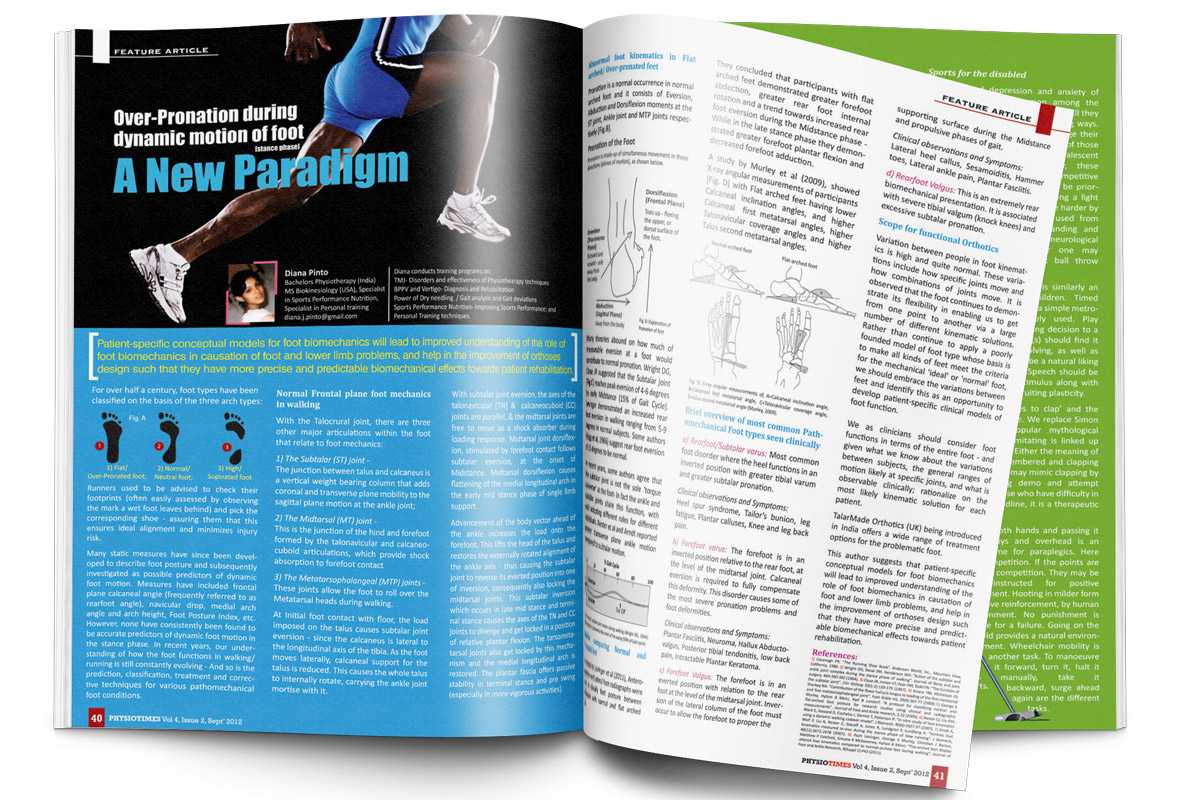 Through this special issue on sports physiotherapy, we wish to pay our tribute to the role played by the physiotherapist in the treatment and rehabilitation of the athlete and sports person post-injury, post-operatively, to prevent further injury & to return them to sport in the shortest possible time.

A record Six Medals in  London Olympics, a silver medal at London Paralympic Games, a 2-0 Series Win over New Zealand in Test Cricket, winning the Under-19 Cricket World Cup championship, A third consecutive win in the Nehru Cup Football Tournament,  Saina Nehwal winning her Third Indonesia Open Title & Thailand Open Grand Prix Gold Title, Thingalaya marking an Indian Record at Belgium Athletics National Championship at Brussels, Tejaswini Mule winning Silver medal at International Junior Shooting Championship, Harmeet Desai winning Under-21 Men’s Final Brazil Open Table Tennis, Indu Chaudhary and Sakshi Malik winning Gold Medals in Asian junior wrestling championship 2012 are but a few stories of triumph and victory by various Indian Sportsmen and women recently and a testimony of the fact the Sports in India is no more about Cricket alone. Albeit, the nation has slowly been rising to a never before culture of Sports and gradually we are moving towards strengthening our position in the international sports arena. This augurs well for the future of Physiotherapists working in the area of Sports. Undoubtedly, Physiotherapists are playing an increasingly pivotal role in the international sport, not only in treating and preventing injury but also in facilitating and supporting performance. This is now widely acknowledged by so many athletes and their coaches, and evidenced by the number of Olympic athletes who have specifically requested to have their physiotherapists accredited during the London Olympic Games.

According to Dr.Marie-Elaine Grant, the physiotherapy representative on the International Olympic Committee’s Medical Commission, “Physiotherapists have also advanced in terms of their ability to lead and manage teams. There are many examples of physiotherapists being appointed into management roles within medical teams - in some cases physiotherapists are being appointed as the chief medical officer of Olympic teams where traditionally these roles have been carried out by a medical doctor.” Physiotherapy plays an integral part in the multi-disciplinary approach to the management of sports injuries. Through this special issue on Sports Physiotherapy, we wish to pay our tribute to the role played by the physiotherapists in the treatment and rehabilitation of the athlete and sports persons post-injury, post-operatively, to prevent further injury and to return them to sport in the shortest possible time. We thank K.Ganesan for being the guest editor and sharing the editorial responsibilities for this issue. We also express our deep gratitude to all the authors who have contributed their articles in this issue. Lastly, we thanks you all, our esteemed readers, for being there and being a constant source of our motivation to do more. With a tally of six medals in the recent Olympics in London, if the Indian sports scenario is looking good, so is the role of a physiotherapist. Sports physiotherapy is an area which has been in the limelight for physiotherapists whenever a sports person has an injury or comes back after his recovery.  In the recent times, a lot of young physiotherapists have been making their mark nationally and globally in the sports they are attached. Skills, technology, knowledge have all been access... Read More 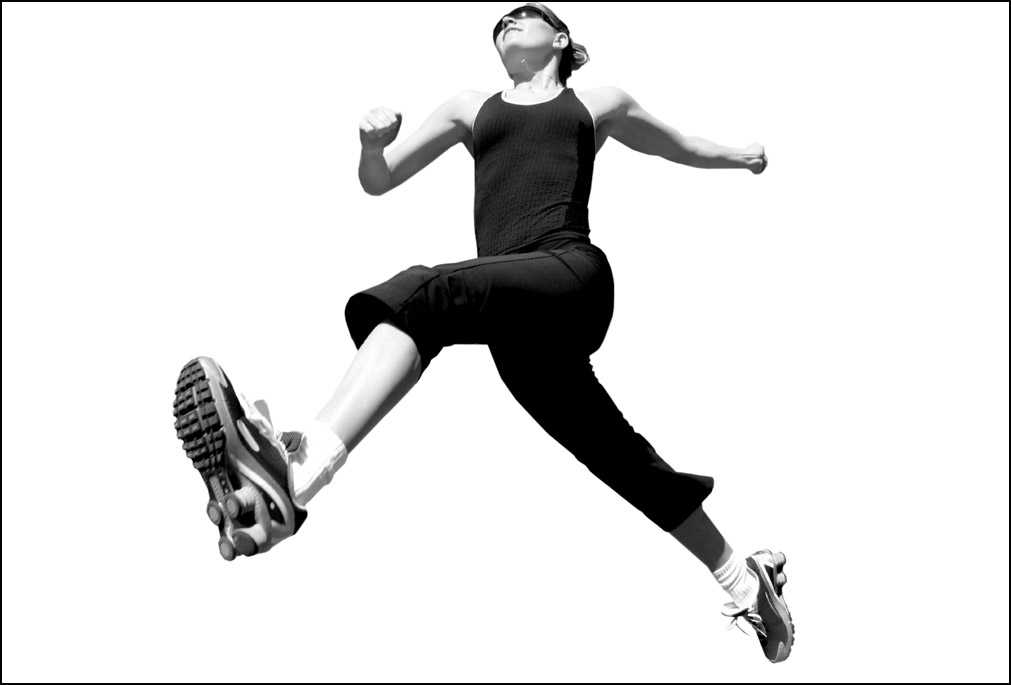 India is a country on the move. And so is the profession that specialises in movement - Physiotherapy!

We, as physiotherapists, are engineers of the finest machine, the human body. And where better to watch the best than at the Olympic games. By the time you are reading this, London's gold would have been won, lost and found a million dreams. Not the least could be Saina, Abhinav, Mary and Vijender carrying the hopes of India along. I would like to think that th... Read More Q: How did you get interest in Sports Physiotherapy?

Being a state level athlete myself, sports has always fascinated me. After graduation, I was keen to know about various sports related injuries, fitness and conditioning of athletes etc. To explore and enhance my knowledge further, I have attended many CMEs and Workshops related to Sports Physiotherapy Management and advanced techniques in Sports which helped me step ahead towards my area of interest. 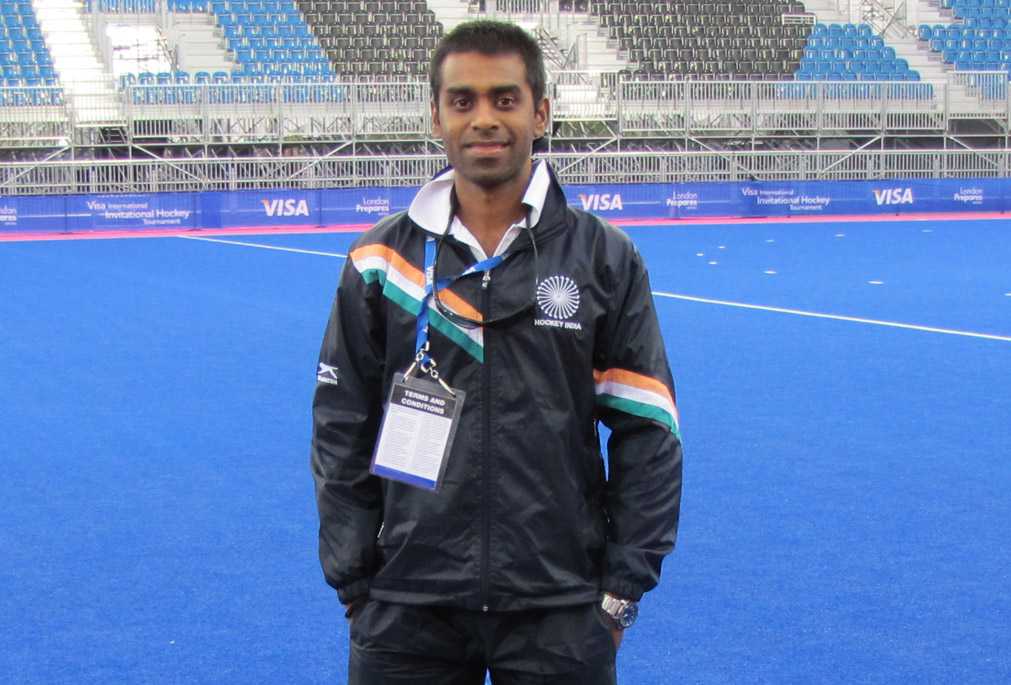 Shrikant Iyengar has been the Physiotherapist of the INDIAN NATIONAL HOCKEY TEAM since 2007. He graduated from KIMS Medical College, Bangalore in the year2006. To pursue his interest in sports physiotherapy, he moved to Chennai to train in FITNESS FOUNDATION ACADEMY at YMCA under a sports medicine expert Dr. KannanPughzendi. It was during then that he got a chance to get associated with the Tamilnadu Hockey team and then subsequently in the premiere hockey league with the Chennai side. It was... Read More 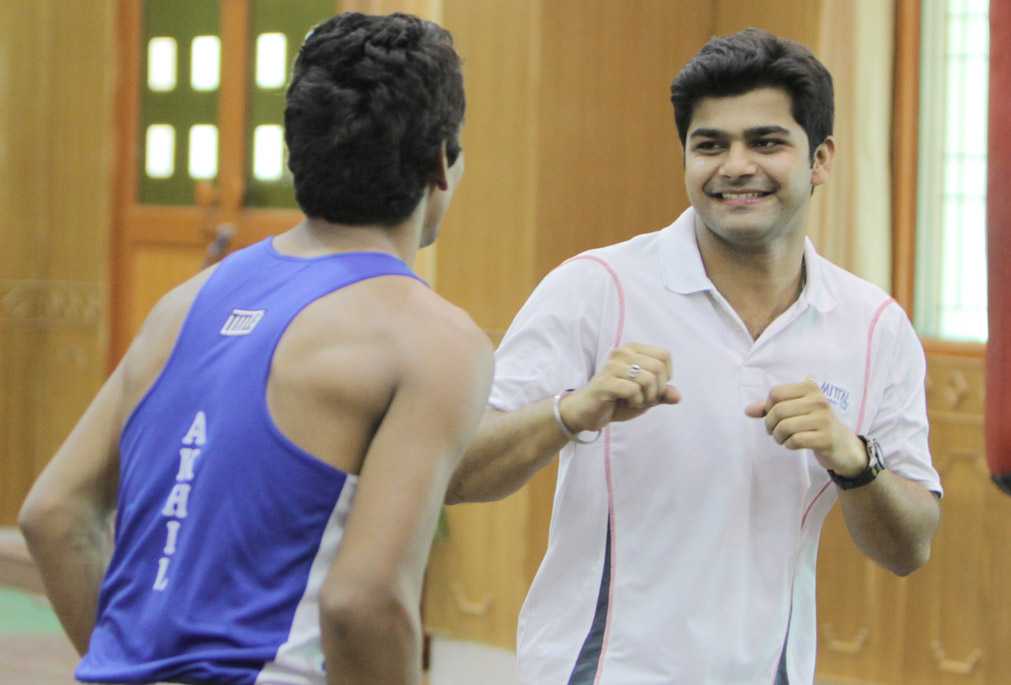 Vaibhav did his schooling and under graduate studies in Mumbai from Swami Vivekanand High School and Junior College, Chembur. He graduated in physiotherapy from S.D.M College of Physiotherapy, Dharwad. After completion of his internship in B.A.R.C Hospital in Mumbai, Vaibhav did a variety of specialized courses in Manual Therapy, Management of Sports Injuries, Isokinetic Testings, Sports Medicine, Dry needling, Kineseo Taping etc. He went to Munich, Germany in Aug 2011 to do an advanced cours... Read More

Functional Training: A New Revolution in Sports Physiotherapy to start this topic let us ask few questions. How many outdoor games are played sitting down? As far as we know - rowing and only a few more games. That means training muscles in a seated position is non-functional for most of the games and sports. Then the next question is how many games are played in a rigid played environment, where stability is provided by the external environment? The answer is NONE. In most sports the stabili... Read More The Olympic motto is the Citius, Altius, and Fortius, which is Latin for "Faster, Higher, and Stronger" Every athlete wants to run faster, jump higher or be the strongest one. But what is required to be so? At an event most of the athletes have same level of talent. But what sets a winner apart from others is his/her ability to perform consistently at a higher level.  There is no single definition of sports fitness. It has different meanings depending upon your goals and/or the... Read More 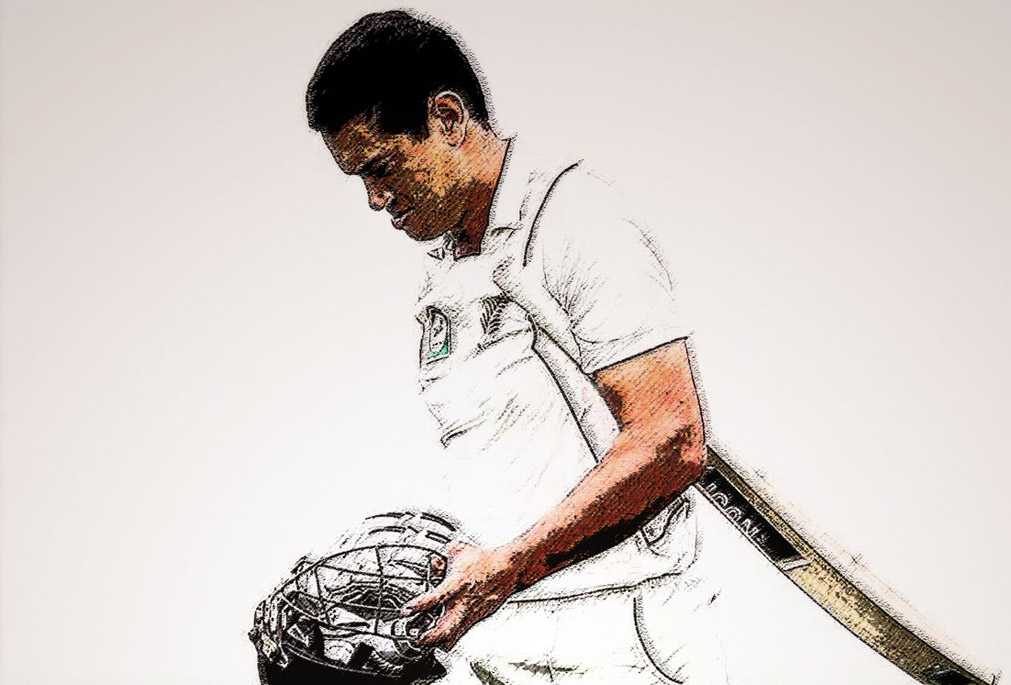 SPECIAL ARTICLE: Am I Fit To Play Doc? A Day In The Life Of A Cricket Physio - K. KAMLESH JAIN

Am I fit to play Doc?? This is most frequent as well as the most challenging question Sports physiotherapists face in the sporting arena.

This article would give an insight on the role of a sports physio on the cricket field right from the time the team arrives to the ground to the end of play. As soon as the team arrives on the ground, the physio would check with the local manager/authorities on the emergency procedures like the availability of a Doctor on the ground during play, n... Read More 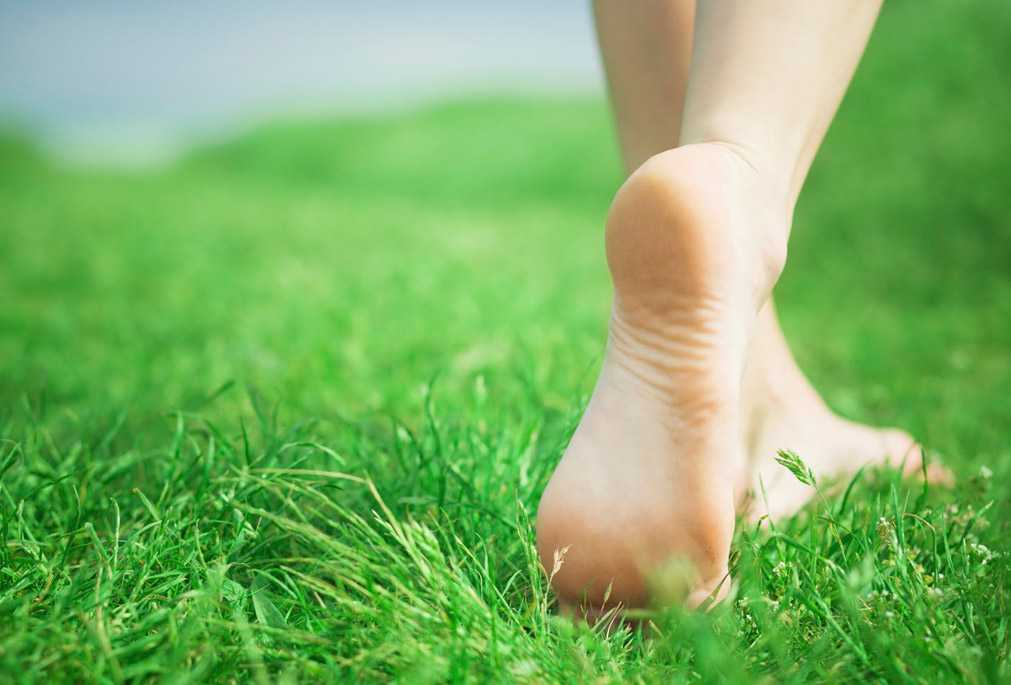 The foot is a complex area. For the sake of understanding we can divide it into forefoot, mid foot and hindfoot. This division is very artificial as the whole human body is a chain and all the body parts interact with each other all the time.

The hind foot mainly consists of the talus and calcaneum. The main condition that we deal with in day to day life involving the hind foot is plantar fasciitis. We won’t be discussing the biomechanics of the foot and ankle in details here ... Read More For over half a century, foot types have been classified on the basis of the three arch types:  1) Flat/ Over-Pronated foot; 2) Normal/ Neutral foot; 3) High/Supinated  foot. Runners used to be advised to check their footprints (often easily assessed by observing the mark a wet foot leaves behind) and pick the corresponding shoe - assuring them that this ensures ideal alignment and minimizes injury risk.

Many static measures have since been developed to describe foot postu... Read More 5 Rings of Rehabilitation :As I watched both the actual competitions and the heart-hooking personal stories (the media marketing people understand the heart leads in sustaining the attention of the viewer) it is clear that without an emotional connection, viewership of events wanes. So too in our clinic, attending to and engaging not just the physical parameters, but the mind and heart of the patient brings them to tap previously unknown levels of commitment and effort. Below are the 5 core o... Read More 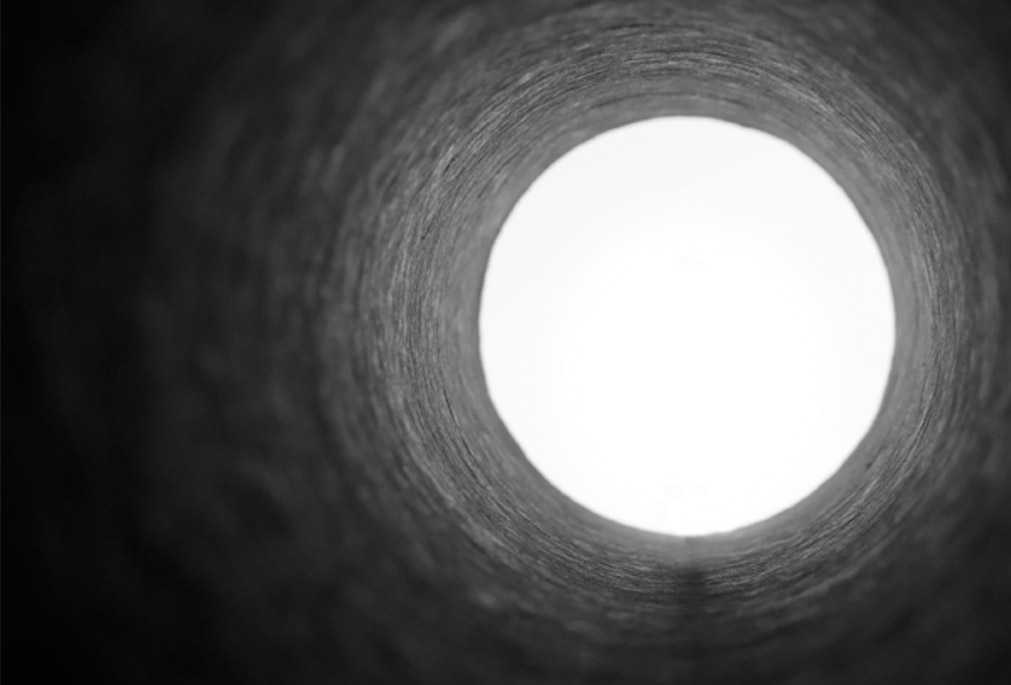 In all sports, injuries are common. Every player has undergone some or the other form of injury during practice or competition, ranging from a sore muscle to a ligament tear. The primary focus of the coach and the support team, immediately post-injury becomes the medical help for the athlete and the physical health of the player. In India and abroad, the mental health of the athlete is taken into consideration less frequently during injury rehabilitation. Injuries can have profound psychologi... Read More “When the senses are stilled, when the mind is at rest, when the intellect wavers not, then the body is in perfect health and fitness”.-Upanishad

The connection between sport and spirituality might seem hard to see at first. There is a pronounced - though usually hidden - psychic and spiritual aspect to sport, which the best sportsmen are familiar with, even though they may not use the word ‘spiritual’ to describe it. Once a sportsperson is ‘locked into... Read More In light of the recently concluded Olympics, it is very logical to look at our sports performance & see how we can reach the top of the ladder. No other time could be right to throw some light on these issues than now, more so for a physiotherapist working in the sports arena. The word “Sports” is a large term involving so many activities in so many different dimensions.Each game challenges different systems of our body& also the harmony with others in a team game to reach... Read More Power to Prescribe: can Indian physiotherapy go to the UK way? : In a landmark decision on 24thjuly 2012, it was announced by the department of Health, UK That suitably trained advanced physiotherapy practitioners would be able to independently prescribe medicines to patients in England. This has been hailed as a ‘ground breaking’ and ‘monumental’ decision by the chartered society of physiotherapy which represent over 55,000 physiotherapist ... Read More 5 Resolutions each PT must make: 1) We shall not criticize our own field & discourage others from doing so2) We shall respect the field and do all it takes to maintain its dignity 3) We shall upgrade our knowledge and skills in an incessant manner 4) We shall spread as much awareness as we can about physiotherapy 5) We shall serve the mankind with our unique ability to heal and help