A Special issue on Taping 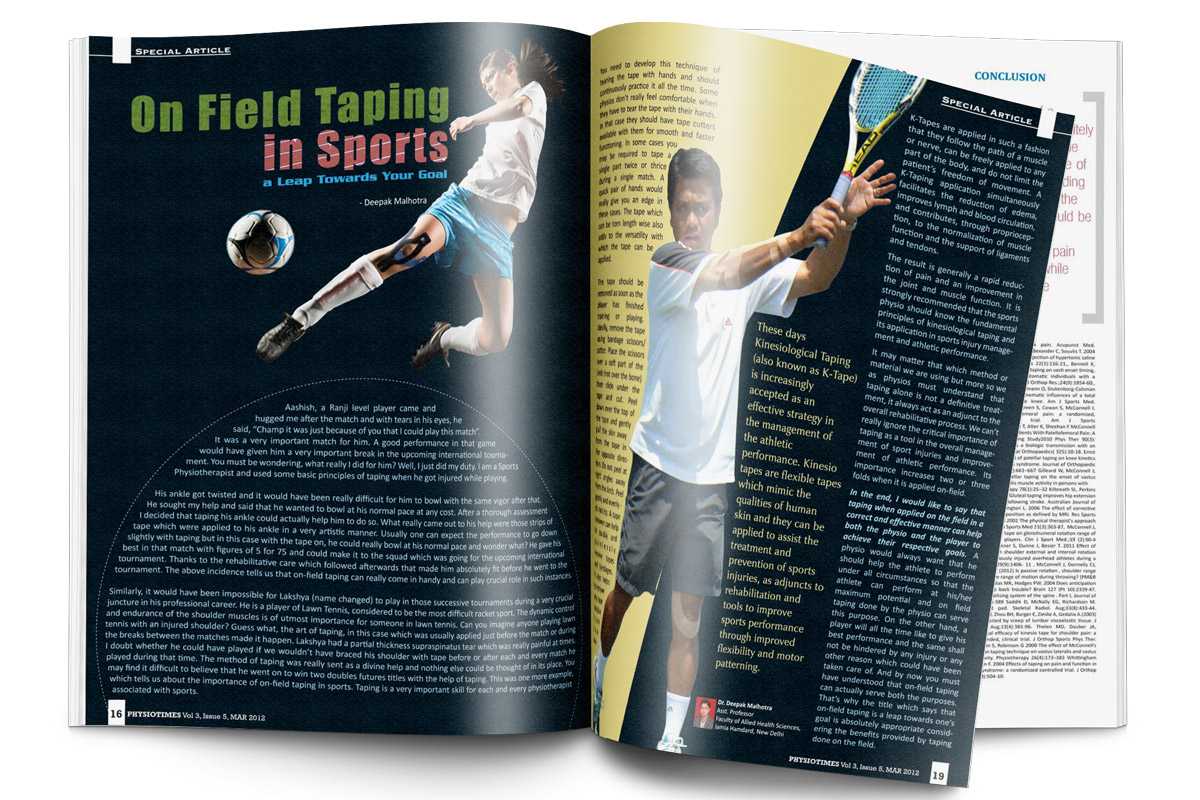 Taping aids the healing process by supporting & protecting the injured structures from further injury or stress, thus reducing the need for prolonged treatment and allowing an earlier return to normal activity.

As Physiotherapists, we are all involved in the treatment and rehabilitation of injuries. Amongst many skills required by a therapist, functional taping is now recognized as a skill which is widely used not only for sports injuries, but also for many other conditions such as muscle imbalance, unstable joints and impaired neural control. This special issue of PHYSIOTIMES is an attempt to cover different taping techniques used world over including the evidence from the literature through articles contributed by experts from around the world. During treatment and rehabilitation, taping aids the healing process by supporting and protecting the injured structures from further injury or stress, thus reducing the need for prolonged treatment and allowing an earlier return to normal activity.

New techniques are constantly being developed for injury prevention which may also be used in general practice and in the hospital environment for the non-sporting population. Once the basic techniques are mastered, then it is up to the practitioners to modify, change and develop new techniques themselves, always adhering to taping principles. The issue also features regular sections like ‘Aqua Corner’ where we shall learn about Hall wick therapy, ‘Fitness Funda’ that discusses the need for fitness in children and adolescents. The ‘Healing Hands’ section discusses manual therapy treatment options for TMJ disorders. The ‘Physio Yoga’ section discusses about the correlation between sports and yoga.  ‘Career Guide’ has details about working in Singapore as a part of our series on overseas career for physiotherapists. 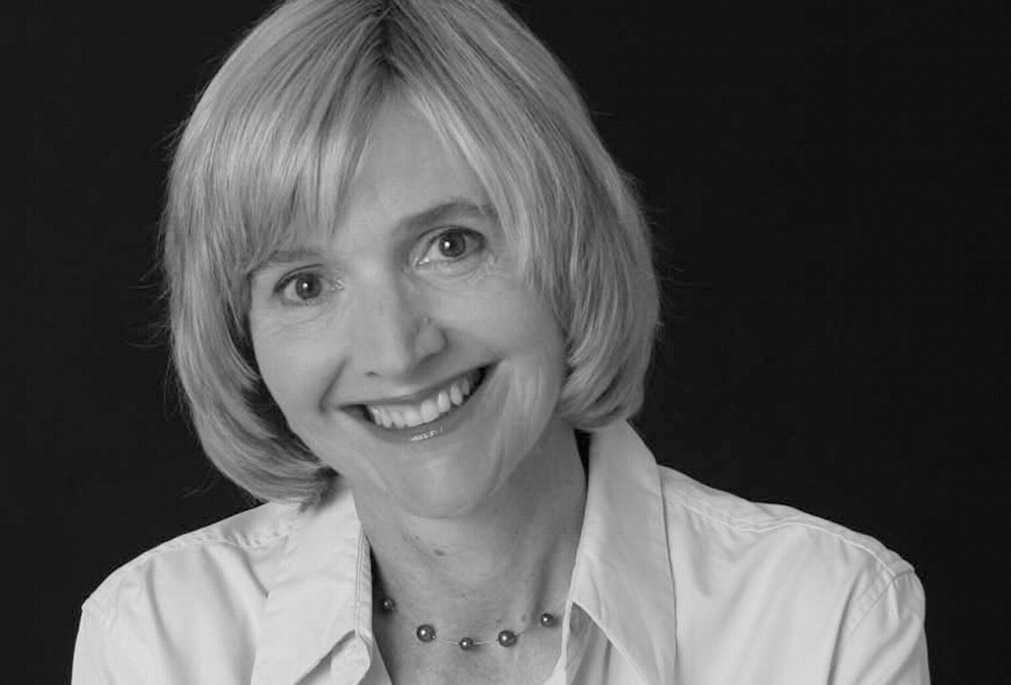 Patients with musculoskeletal problems usually present to physiotherapists for the treatment of pain. Treatment for chronic conditions frequently has to be modified because the patient experiences increased pain during treatment. Modifying the treatment can impede the recovery of the patient. The practitioner therefore, needs to employ strategies that will minimize the aggravation of symptoms and facilitate the rehabilitation of the patient. It may be difficult for the clinician to determine ... Read More Mobilization with Movement (MWM), developed by Brian Mulligan FNZSP (Hon) of New Zealand, is recognized world-wide in manual therapy approaches.  His concept is the application of manually applied accessory joint glide with concomitant pain-free active movement.  Brian Mulligan’s 1984 chance discovery while treating a patient that had failed previous manual therapy techniques led to a treatment approach that is based on application of pain-free passive movement and simultaneou... Read More 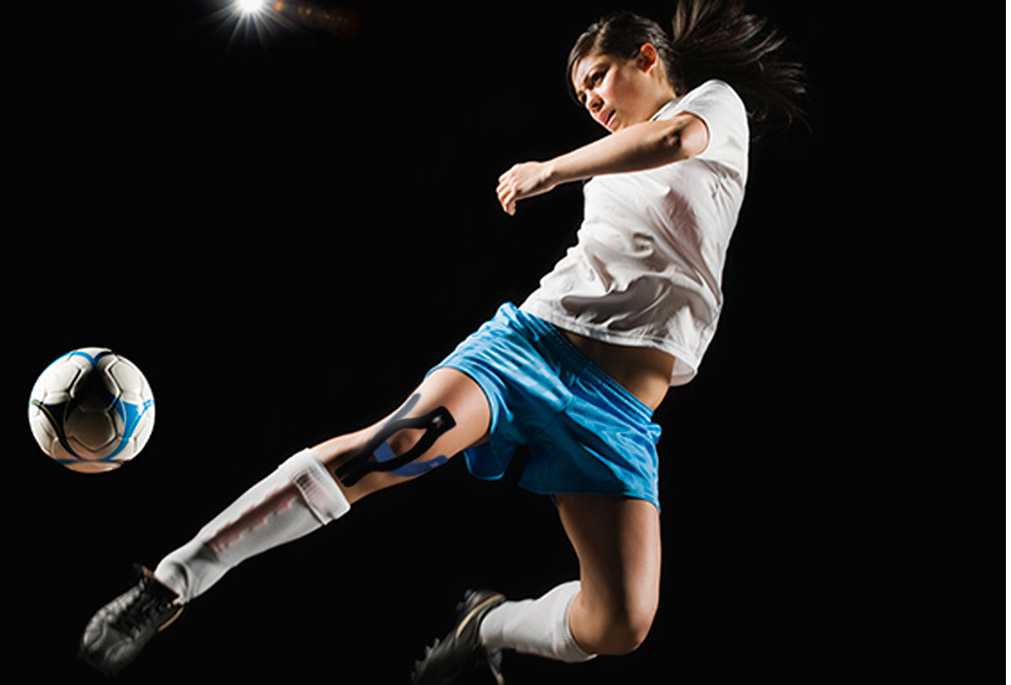 SPECIAL ARTICLE: On Field Taping In Sports- A Leap Towards Your Goal - DEEPAK MALHOTRA

Taping has been used in sports for years. It was introduced in western medicine in 1892 by Gibney in the USA and later in German sports medicine (Montag & Lohfink 1964). Jenny McConnell may have been the first manipulative physiotherapist to incorporate taping in an overall management plan in 1980s. The main uses of taping are selective protection, support, correction of abnormal biomechanics and offloading of the injured part. In the case of certain existing injuries, the deliberate limi... Read More Introduction: Shoulder pain along with subsequent restriction of movement is a common clinical presentation in both the sporting and general populations .Compromised shoulder movement due to pain, stiffness or weakness can cause substantial disability and affect a person’s ability to carry out daily activities and work.One year prevalence of shoulder pain has been reported between 5% and 47% . Conditions that can contribute to the clinical picture... Read More 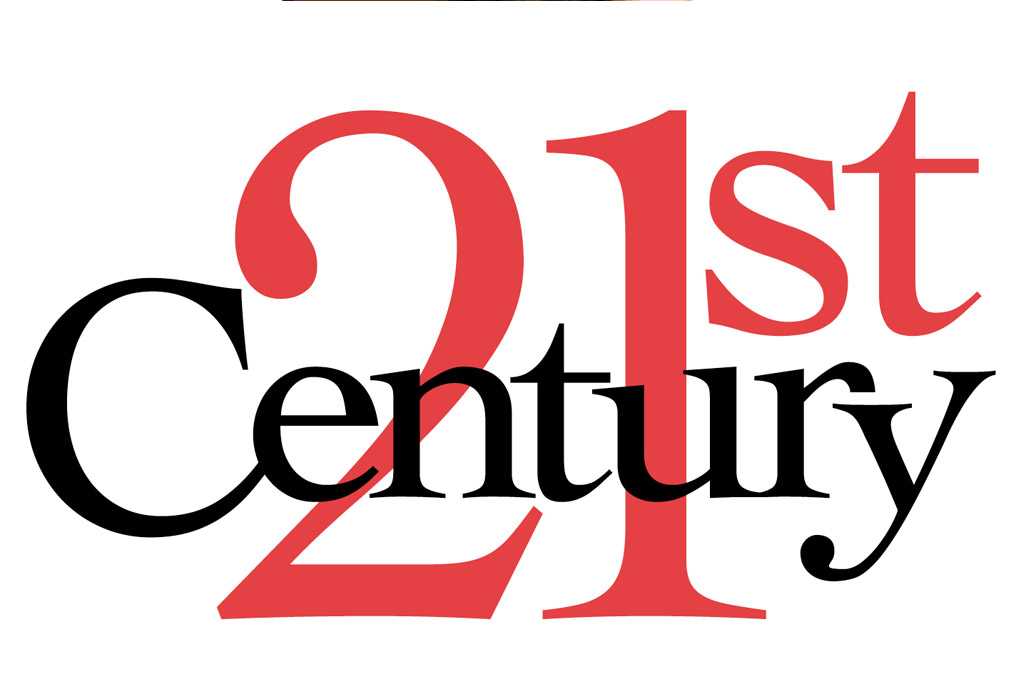 The 20th century bias of physical therapy was to focus on external stimuli and cues for both the patients and therapists. That focus led to many amazing advances in our profession setting physical therapy apart as the profession of human movement. Despite the many gains, the data regarding pain and fitness suggests we have a long way to go yet. 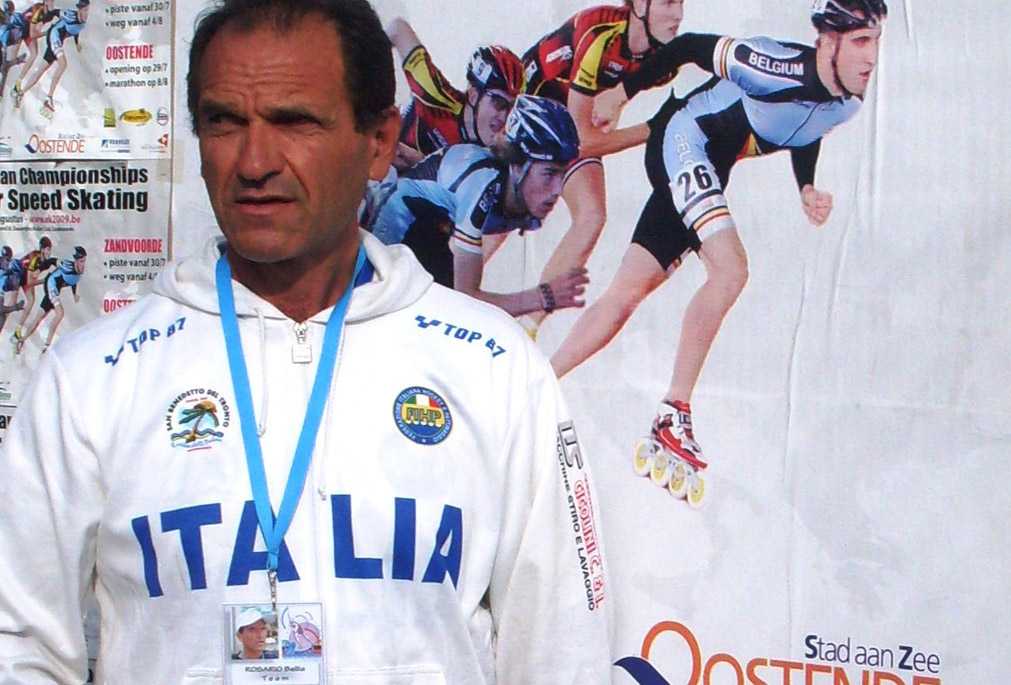 Bellia Rosalio is the president of the Italian kinesiological taping association. He is also physiotherapist of the Italian national roller skating race & Italian federation of hockey since 2003. He is a Lecturer at the university of Valencia (Spain) in masters sports physiotherapy & Professor of kinesiology taping (R) with CME Credits at many public and private hospitals. The name popular in Italy had been to India for international conference ofPT, at AIIMS, New Delhi in 2011 where ... Read More Yoga and the sports are both, the mind-body disciplines. Yoga has much more to offer to humanity, being a spiritual science. As science, it has a laid down path which can be followed by any aspirant who is ready to put in consistent effort, faithfully. One has to be willing to experience even minute changes in perception and the behavior, patiently. Hence there is personal as well as objective verification, Teacher is needed as a guide but progress is via experiential milestones, evident to o... Read More 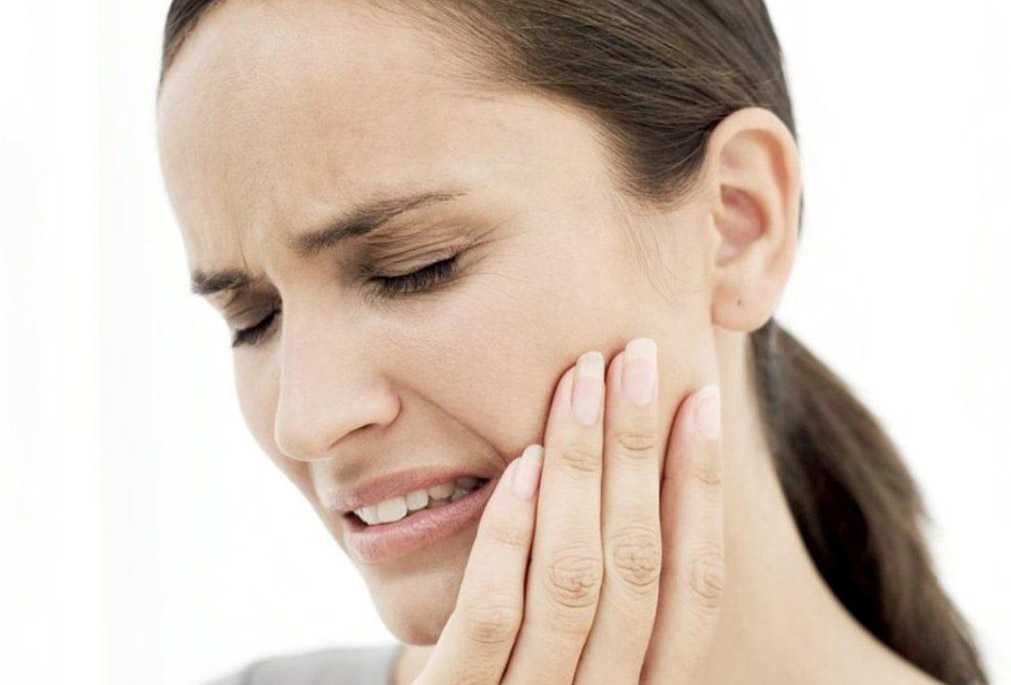 Prologue: Mrs. Snigdha ( Name Changed) came to me one evening during the clinical consultation time with complain of pain and stiffness in the Jaw. She also mentioned that while mouth opening there are click sound in the right side and occasionally she experiences headache above the right ear. She was also apprehensive of drinking soup as the spoon for soup is bigger suggesting restriction of mouth opening. There was gross limitation of the mouth opening. 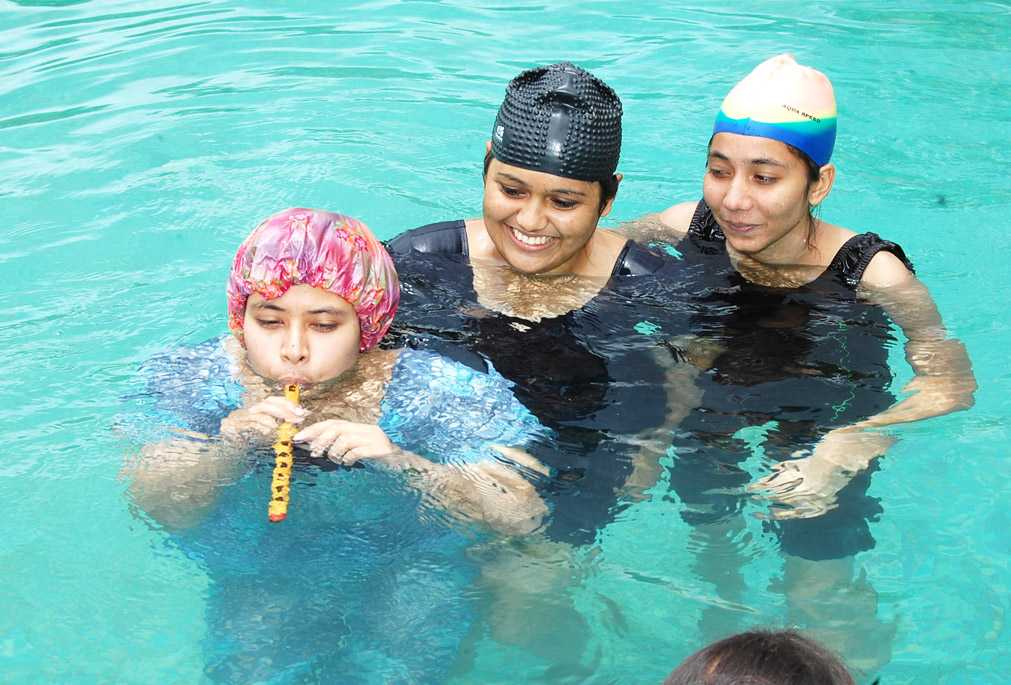 I present Halliwick Therapy, a concept evolved with the sole purpose of giving the physically challenged an idea to move themselves freely in water overcoming the limitation they would have on land. This enabled them to find another alternative medium to experience freedom of movement. It is a wonderful feeling to them. While it gave freedom, it also developed other neuromusculoskeletal changes that could benefit their movements in land. It gave a comprehensive solution for most the problems ... Read More 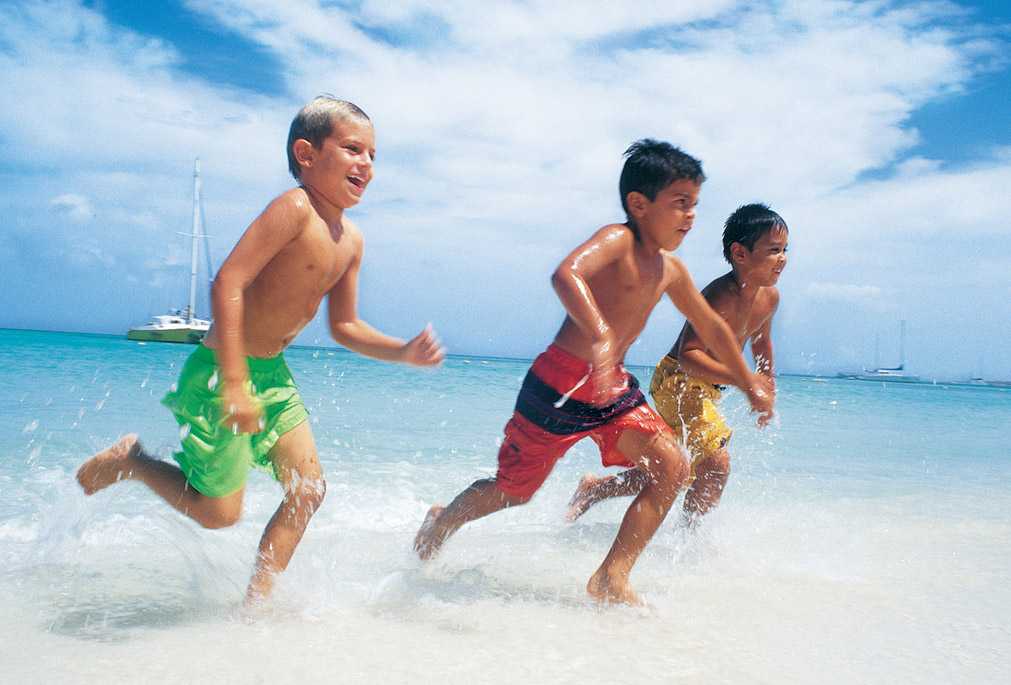 Physical activity is the corner stone in the development of toddlers,  young and older children, and adolescents approaching adulthood. However today’s way of life favors sedentary pursuits through the advancement of technology and innovation. We lead lives of convenience and enjoy passive entertainment with abundant availability of automobiles, computers,tvs, and videos and labor saving devices. Parents and educators worry about children’s level of academic preparation for t... Read More 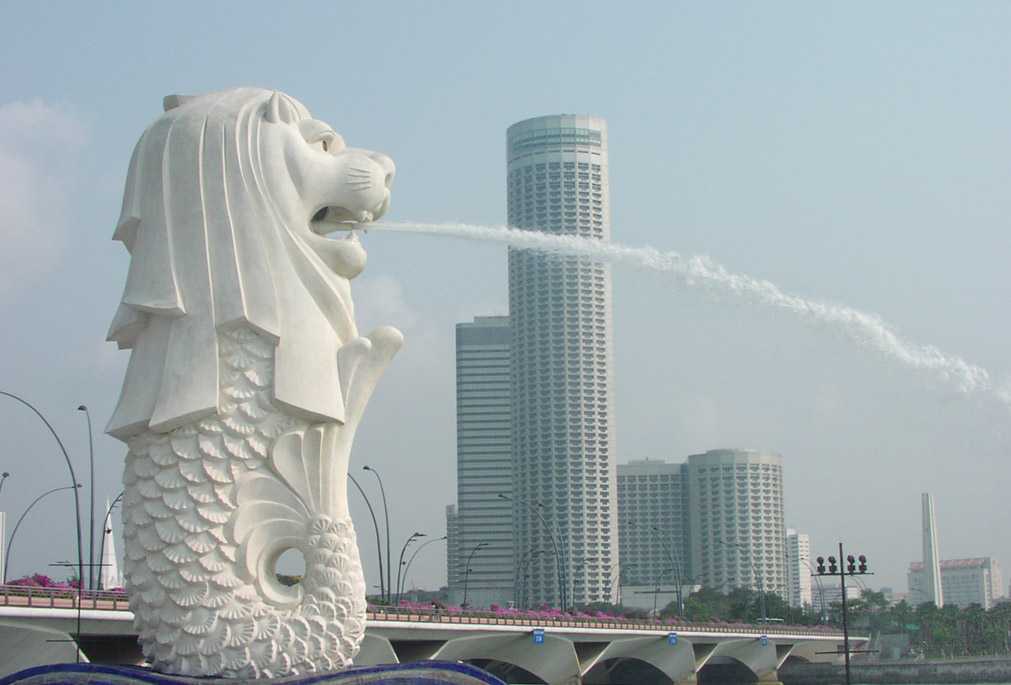 Singapore is an awesome place to live, work and play. It is also an excellent tourist and shopping destination. From my perspective, Singapore is a good place to work and ave a successful career especially in healthcare sector. It has a very well structured healthcare system serving over 5 million people. Opportunity are abound in Singapore given the aging population and the government being keen to make this an attractive healthcare destination. 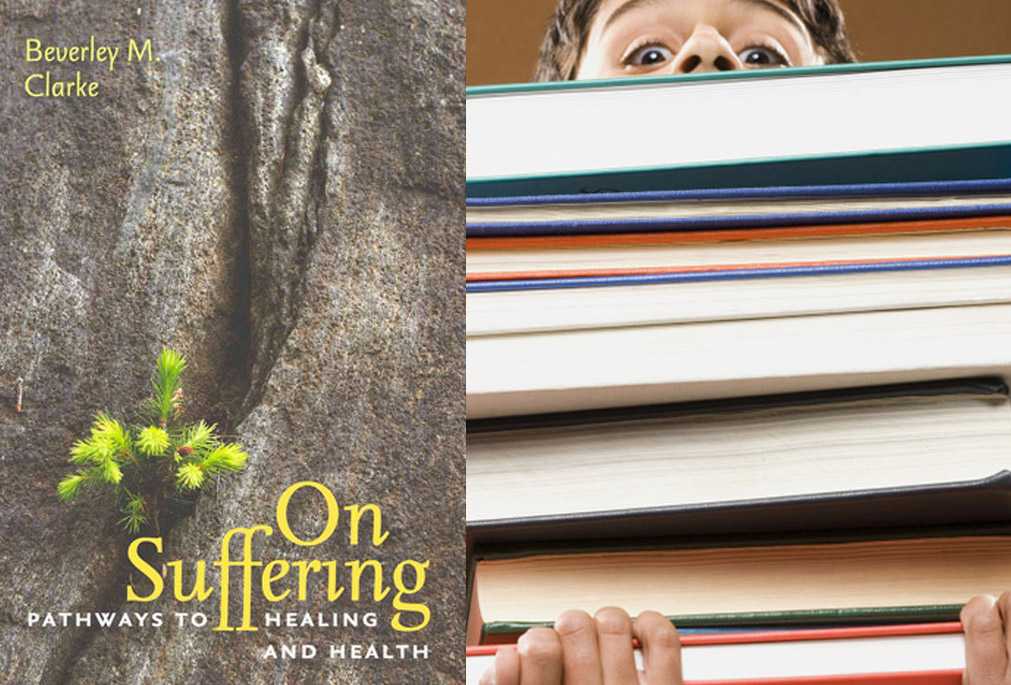 Currently in medicine, theories of pain regard pain and suffering as one and the same. It is assumed that if pain ceases, suffering stops. These theories are not substantiated in clinical practice, where some patients report little pain and extreme suffering and other individuals have a lot of pain and virtually no suffering.

Based on the results of a scientific questionnaire, as well as evidence from and conversations with hundreds of patients, Beverley M. Clarke argues convincingl... Read More