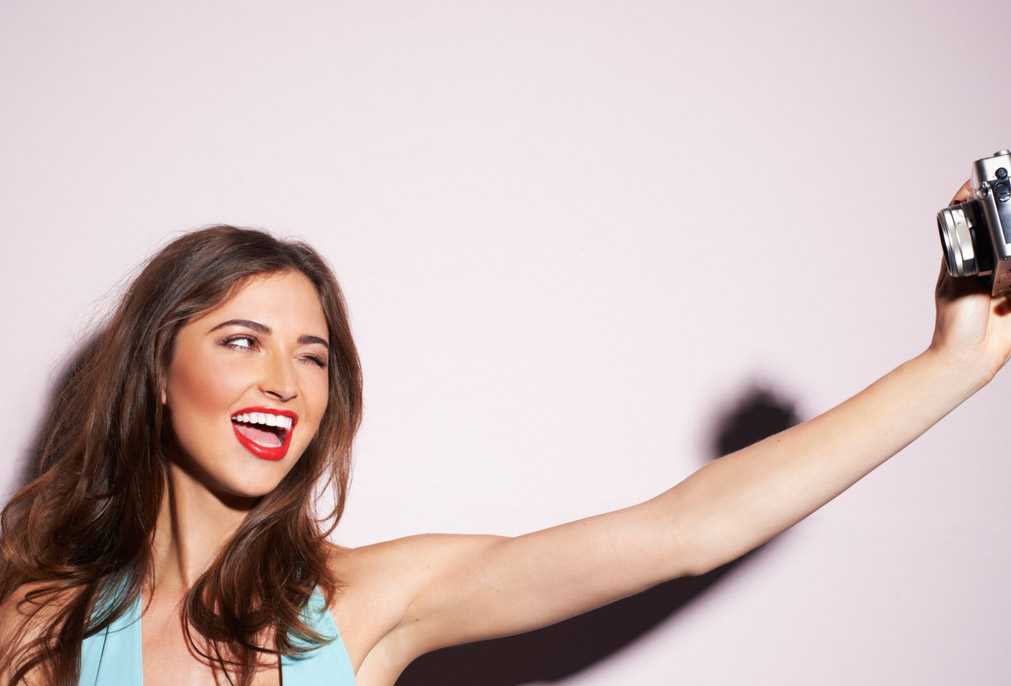 ‘CLICKING ELBOW’ or commonly called as ‘SELFIE ELBOW’, is a modern tech-induced ailment which is affecting a lot of selfie lovers these days. People like me and you, who do not have any sports background or record of being indulged in a sport like tennis or golf which requires repeated use of extended arm and repetitive jerk on the elbow are having problems which resembles the symptoms of the same. Each time you click a picture, you put yourself in a position where your arm is fully extended, or sometimes the elbow is a little bent and the position is maintain until you get the picture of your choice and you are keeping a firm grip on your phone to keep holding it and to hit a click just when you get that ‘right frame’. It can be counted as one of the repetitive strain injuries. So taking correct selfies has now become a pain in the elbow! You may find this topic to be rarely discussed anywhere, may it be social media, but unknowingly, ‘clicking elbow’ has become a real matter of concern now.

WHAT MEDIA SAYS ABOUT ‘SELFIE ELBOW’?- Recently, the award winning US journalist and NBC’s Today show host Hoda Kotb, who is famous for her social media picture sharing on Instagram has been diagnosed with a condition of ‘selfie elbow’,told by the ‘Elle’ magazine however, the condition is not so commonly spread till now but the chances are there for a speedy travel of this technology based disorder throughout the world. ‘The times of India’ highlights in a news report about what Kolkata had to say about this modern day sickness, the doctors in Kolkata were perplexed when youngsters were coming to them with a complaint of constant pain in the elbow region radiating to forearm. Other reports talks about a 25 year old model from Mumbai, Manoj Desai who realized that he is losing his grip while workout at gym and 23 year old Natasha D’cunha from Dadar who encountered pain in her shoulder every time she raised her arm for a “groupfie” (a group selfie).

A CLOSER LOOK AT THE CONDITION- ‘Selfie elbow’- the name suggests damage to the elbow joint, but the scenario is a little different. There are two other joints which also gets involved along with the elbow, the shoulder joint and the wrist joint simultaneously helping the hand to attain a “pout perfect picture” for the picture. Most of the strain is caused to the elbow, this is because you extend your elbow in an extremely strained position. Or sometimes you keep it a bit flexed. The posture causes repetitive strain and overuse of the surrounding structures at the elbow which is the target joint. Most of the work is done by elbow in this position but a grip maintained at the hand holding the phone is worsening the condition. Due to repetitive motion, there are micro-ruptures around the elbow and the tendon running through the elbow joint is inflamed causing pain and discomfort. The condition may not necessarily be an acute injury to the tendon but this may also be a degenerative changes that has been occurring around the structures of the elbow not only because of your habit of clicking selfies but it may also be any type of repeated movement you are performing at your home while cooking or gardening or playing tennis or golf. Hence, this may be a re-occurrence of a condition that was unknowingly persisting in your body. There can be swelling observed around the elbow joint’s extensor origin as well, because most of the work

in this position is carried out by the extensor compartment of the muscles in the elbow and the strain is caused to the tendinous muscle attachments. Once the condition has occurred, minimum amount of load or work carried out by the elbow will cause a lot of pain, this is because the muscles of the elbow has already weakened. And the damage has already taken place which has yet not been cured. Eventually, there occurs a loss of function. Physiotherapists observe that there is a C6 - C7 myotomal pattern which is followed. As a physiotherapist we play an essential part in treating the condition and helping the person to recover. We can help them gain their muscle strength and reduce the damage that has occurred to the body of the person. Also we play an important role in spreading awareness among our family members, peer group, colleagues about what damage is occurring to their body unknowingly. It is also important for us to be aware of the condition and to know what can be the possible ways to treat this ailment. As the condition is a modern day technology induced problem, it also becomes our responsibility to keep a check on it, because the use of technology has increased way too much in our day to day lives.

SYMPTOMS OF THE SELFIE ELBOW: (1) There is burning pain around the elbow joint. (2) Pain is observed while performing actions at elbow and wrist (3) There is limitation of motions at elbow, shoulder and wrist (4) Stiffness in the arm (more in morning) (5)  Muscle fatigue

HOW TO GET RID OF THE CONDITION?

1) RICE: Rest is given to the affected arm. Person is asked to avoid clicking a lot of selfies, Use a selfie stick (not too much), use both hands while holding your phone during a click, or switch hands to avoid overuse. Ice is advised to reduce inflammatory symptoms in the area. Ice is only prescribed when there is a visible and palpable swelling around the area. But as I mentioned the condition may be a chronic one as well, there, ice won’t work. So here, it becomes the priority to diagnose first, whether the condition is an acute or a chronic one.

2) EXERCISES: The person is asked to perform full range active movement of the elbow and wrist with mild stretches. Once the pain subsides strengthening exercises are followed. Strengthen the weakened muscles around the elbow and wrist joints. Add resistance in the form of weight cuffs, dumbbells, therabands, and medicine balls. Hydrotherapy can also be an effective method.

3) USE OF BRACES AND SUPPORT: Use of elbow caps can be prescribed by the physiotherapist to support the elbow joint while in pain. But as there may be considerable weakening of the muscles due to unnecessary use, support should be removed as soon as the condition gets better. By knowing more about selfie elbow, we can think of appropriate measures that can be taken to help people get rid of the problem,and spread awareness among those who are at verge of getting into trouble. A troublesome arm may limit the abilities of an individual to perform day to day life activities. The disease is persisting amongst us and being a health care professional we can put a halt at the speedy transmission of selfie elbow before it becomes an epidemic.