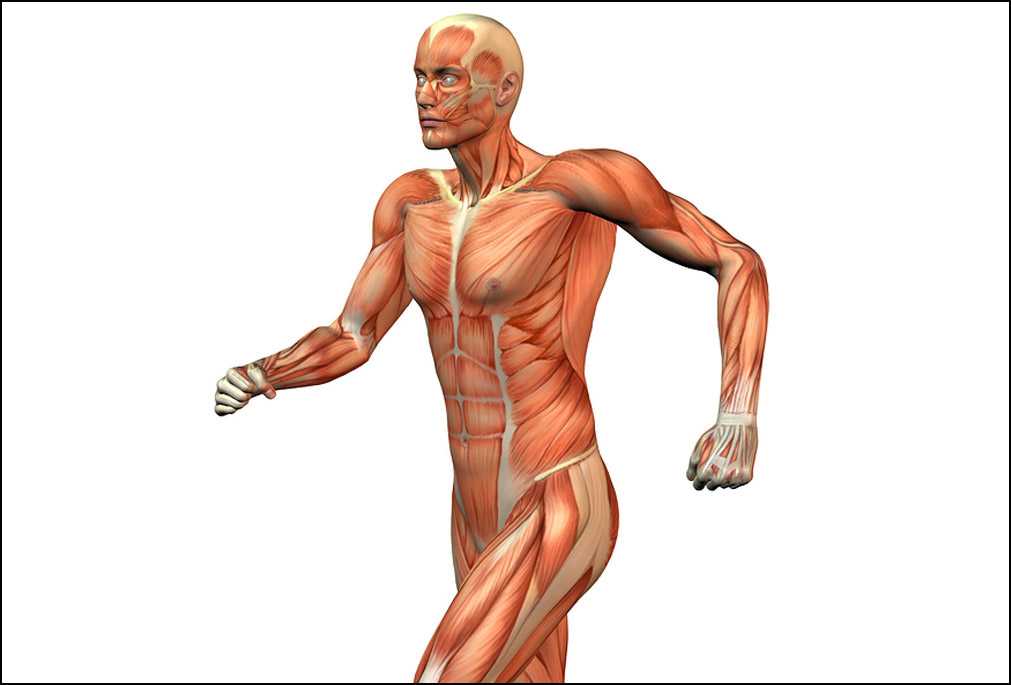 Impairment of muscle performance is commonly treated by physiotherapist and is usually described as strength deficit that is capacity to develop maximum force during a single contraction.  The relative strength, endurance, and control of muscles are considered more important during a co-ordinated movement than overall strength of a muscle or a muscle group (Jull and Janda). Co-ordinated movement involves multiple joints and muscles that are activated at appropriate time and with the correct amount of force.  Because of the synergistic nature of co-ordination the capacity to generate force in an isolated muscle does not predict the ability of the muscle to work in concert with others in a task specific way (shumway-Cook). Therefore, to perform a smooth, accurate and controlled movement, proper sequencing and timing of synergistic and reciprocal muscle activity that is appropriate motor control is required along with proximal stability and maintenance of a posture. For example during cervical rotation coordination between local stabilizers - suboccipital and  rotators of the lower cervical region along with the global  rotator muscles of the neck is required to rotate the head, upper and lower cervical spine. Proprioceptive information concerning the status of the joint and associated structures is essential for motor control.

Co-activation of agonist and antagonist is an essential motor control trait that develops over time in the infant and allows a balanced upright posture to be achieved by four years of life (Vojta etal). In adults this muscle co-activation is an essential feature of joint stability (Cholewicky et al).Specifically, from a joint stability perspective  motor control is defined as the unconscious activation of dynamic restraints occurring in preparation for and in response to joint motion and loading for the purpose of maintaining and restoring functional joint stability. For example, in throwing a ball, particular muscle activation sequences occur in the rotator cuff muscle to ensure optimal glenohumeral alignment and compression required for joint stability are provided. This muscle activation takes place unconsciously and synonymously with the voluntary muscle activation directly associated with the particulars of the task. Inappropriate muscle activation sequence during seemingly trivial tasks (only 60 Newton’s of force) such as bending over to pick up a pencil can compromise spine stability and potentiate buckling of ligamentous constrains.

Recent studies suggest that spinal pain is associated with changes in the motor control that are to some extent similar to deficits identified with nervous system pathology. Low back pain and injury are more closely associated with trunk muscle co-activation and recruitment pattern dysfunction than on reduced strength (O’Sullivan).  Jull and Richardson reported that impairments  of deep trunk muscles in low back patients are of problems in the co-ordination and motor control rather than their ability to generate force (strength). Motor control alterations have been proposed as a cause for muscle activity changes in the trapezius and serratus anterior associated with various shoulder related pathologies. These motor control changes may include a delayed activation or deactivation of the muscle such that it fails to be recruited on time, and/or fails to maintain its required level of activation throughout the range of motion. Conversely excess activation of the muscle may occur (Kibler W B et al). These findings call for a different approach in therapeutic exercise, namely a motor learning exercise protocol. Clinical interventions designed to improve motor control are based on understanding the nature and cause of the normal movement and the basis for abnormal movement as movement is both task specific and restrained by environment. Task specific movement involves motion at number of joints that means a number of muscles are activated for force production by firing of motor neurons present in the spinal cord. In most voluntary everyday activation slow (type I) motor units are first to be recruited. They have a low threshold of activation, slow speed of contraction, a low contraction force and are fatigue resistant. Fast motor units are recruited at high level of voluntary contractions and have a high threshold of activation, fast speed of contraction, a high contraction force and fatigue easily. Activation of these motor neurons is constantly being controlled and regulated by peripheral afferents from mechanoreceptors, vestibular apparatus and visual system as well as from supraspinal control.

Strategies used by the Central Nervous System (CNS) for motor control: The strategies used by the CNS to control and move are feed-forward and feed-back strategies over the skeletal muscle crossing the joint. Feed-forward are for situations in which the outcome of the perturbations is predictable and CNS initiates a sequence of muscle activity in advance of the perturbation to prepare the body.  Feedback mediated control involves the activation of muscles in response to an external perturbation that is unpredictable. In this situation afferent input from mechanoreceptors in muscles, joint capsule, skin or visual or vestibular input triggers a response to overcome a perturbation.Since final execution of movement is done by the muscle, it is also necessary to understand the muscle system’s function of support and the control.

Global mobilzers generate torque to produce joint movement, tends to contract concentrically and activity is direction dependant. Dysfunction results in loss of muscle length, tend to become short and overactive with low threshold and low load recruitment, reacts to pain and pathology with pain and spasm.Thus, muscle is designed to participate in a very specific task oriented role that is either a local stabilizer (eg transverse abdominis) or a global stabilizer (eg. External oblique abdominis) or a global mobilizer ( eg. Rectus abdominis) or they can effectively perform all three of these roles (eg. Gluteus maximus). Motor control programs coordinate local and global muscle recruitment and influence intrinsic and reflexive mechanism to provide appropriate trunk muscle stiffness and dynamic stability around a neutral spinal posture during   multi planar movements. The intrinsic mechanism increases trunk stiffness by feed-forward neuromuscular pre-activation in anticipation of a perturbation. Intrinsic stiffness alone, however, is generally insufficient to dynamically stabilise the trunk during sudden high velocity or high load perturbations. The reflexive mechanism uses feedback from perturbations via the stretch reflex to modulate muscle spindle gain, further modifying intrinsic muscle stiffness and viscosity. (Cholewicky J etal).

One must also remember that muscle does not function in isolation; it is also dependant on the normality of its antagonist muscle .Muscle activation is associated with inhibition of its antagonist. When agonist – antagonist relationships are disrupted because of injury, constrained postures or overuse muscle imbalance results i. e. a disruption of a coordinated interplay of muscle. These imbalances lead to disturbed movements during function and they interrupt co-ordinated muscular activity required for stabilization. Consequences of muscle imbalance include development of trigger points, altered joint mechanics, poor proprioceptive processing with impaired reciprocal relationships between agonist and antagonist and finally alteration of the entire motor patterns. Poor motor control is demonstrated by synergist substitution, slow reaction time of muscles, or inadequate agonist antagonist co activation and goes hand in hand with decreased joint stability. Synergist substuition may be a sign of compensatory strategies that is an attempt to compensate for an inhibited muscle or agonist- antagonist pair that is not adequately stabilizing a key joint. Edgerton reported strength is not always decreased in pain patients but synergist substitute for the inhibited agonist. Sparto demonstrated that spinal loading forces increased during fatiguing isometric trunk extension effort without a loss of torque output. Torque output remained constant because as the erector spinae fatigued substitution by internal oblique and lattissimus occurred. Excessive trunk muscle co-activation increases spinal compression and decreases spinal mobility, adversely affecting the performance (Bogduk N et al). An increase in upper trapezius activity in subjects with shoulder pain is viewed as a compensatory strategy to elevate their arm (Johnson G etal).

Hodges and Richardson used electromyographic analysis of transverse abdominis, deltoid and multifidus during movements of the upper limb in normal subjects and patients with chronic low back pain. They found that the transverse abdominis was the first muscle activated and that activity was present prior to limb movement. The transverse abdominis activity was delayed and failed to be active before the deltoid in all directions in chronic low back patients. There is also evidence of decreased activity as well as delay in activation of middle and lower serratus anterior muscle in persons with shoulder impingement during arm elevation (Peat and Grahame).Excessive trunk muscle co-activation increases spinal compression and decreases spinal mobility, adversely affecting the performance (Bogduk N et al). Reduced rotator cuff co activation and increased deltoid activation at the initiation of the humeral elevation is seen in subjects with shoulder impingement. This reduced rotator cuff co-activation may contribute to further shoulder impingement with excess superior translation of the humeral head (Myers et al). Hence, impairments of motor control will result in abnormal movement. Identifying the movement faults present, neuromuscular control strategy used for dynamic stabilization, presence of dysfunction in the local muscle system and faulty substitution patterns of the global muscle should be a part of examination along with assessment of strength, and endurance.Once this is achieved, specific exercise interventions should aim to retrain appropriate motor control strategies and integrate this in to functional activities. This approach is based on known methods of retraining a specific motor skill in three stages as described by Fitts and Posner.

Cognitive Stage – A high level of awareness is demanded of patients so as to increase the precision and skill of the contraction of the local muscles without global muscle substitution. This can be facilitated by the use of auditory, visual, palpation, pressure biofeedback, EMG biofeedback. This form of training is based on patterning and inhibition of inappropriately active motor neurons. The acquisition of the skill  occurs  through selective inhibition of unnecessary muscular activity as well as activation and synchronization of additional motor units (Basmajian0

Associative stage – Focus is on refining a particular movement pattern. The pattern of co-contraction achieved is incorporated into dynamic tasks and static holding postures as determined by the patient’s complaint.

Autonomous Stage – This stage is achieved after considerable practice and experience. The task becomes habitual and a low degree of of attention is required for the correct performance of the motor task.

For example in retraining motor control of the trunk, first teach isolated contractions of transverse abdominis with controlled diaphragmatic breathing , then focus on co-contraction of transverse abdominis with lumbar multifidus with in a neutral lordosis,then train pattern of co-contraction in weight bearing position such as sitting ,standing with postural corrections. The effort should be less than 30% of maximal voluntary contraction to ensure recruitment of low threshold tonic fibres for stability function. Also, increasing the holding time of muscle will facilitate recruitment of tonic fibres. Training with sensory motor stimulation should be incorporated to elicit increase activity of the postural stabilizing muscles. Exercising with the use of rocker boards, wobble boards, foam rollers and physioballs enhances sensory motor control and co-ordination. Progression of exercise should be from unloaded to loaded, simple to complex, stable to labile, endurance to strength and then slow to fast. This exercise program will retrain altered afferent pathways, enhance sensation of joint movement and reflex stabilisation and achieve automatized control of posture and movement.   To conclude, attention to quality and precision of movement and recruitment patterns is vital and must be promoted to the best of individual’s capacity to develop effective motor control.