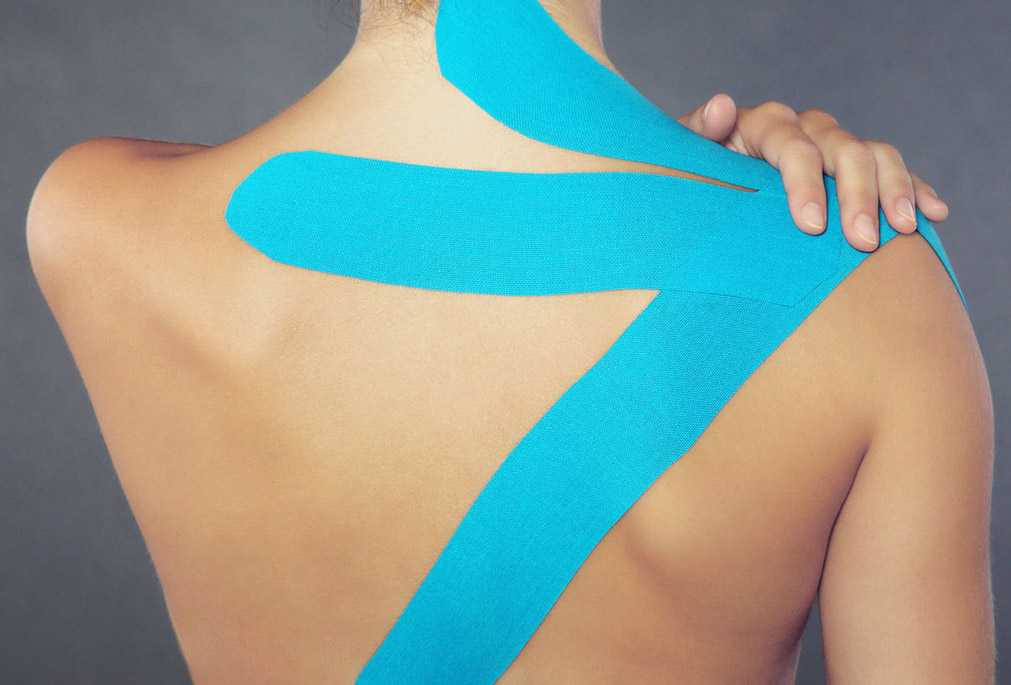 Introduction: Shoulder pain along with subsequent restriction of movement is a common clinical presentation in both the sporting and general populations .Compromised shoulder movement due to pain, stiffness or weakness can cause substantial disability and affect a person’s ability to carry out daily activities and work.One year prevalence of shoulder pain has been reported between 5% and 47% . Conditions that can contribute to the clinical picture of a painful stiff shoulder (PSS) include calcific tendinitis (acute & chronic), non calcific tendinitis of the rotator cuff (acute & chronic), bicipital tenosynovitis, arthrosis of the glenohumeral or the acromioclavicular joint, tear of the rotator cuff, sprain of rotator cuff & synovitis . Various physiotherapy management approaches have been proposed for the management of a painful shoulder including exercise therapy, electrotherapy, manual mobilization, mobilization with movement etc. These have been shown to be effective in management of shoulder pain to varying degrees either alone or in combination with other management procedures. Taping is another non pharmacological intervention which has been extensively used both by musculoskeletal physiotherapists as well as sports therapists in the management of painful shoulder. This article aims to review the principles of taping a painful shoulder and provide an overview of research literature around the area.

Taping Objectives:  The primary aims of taping in any patient with shoulder pain is to provide support for the shoulder and thereby limit the painful movements while facilitating pain free functional movements and permit earlier resumption of activities which may include graduated return to work or sport.  It has also been proposed that it can lead to improved proprioception in shoulder. McConnell and McIntosh found that the passive range of shoulder ER and IR in elite junior tennis players with no history of shoulder injury was increased with the application of tape over the shoulder, and hypothesized that taping the shoulder changed the starting position of shoulder rotation. However, several authors have noted that taping can only be truly beneficial if the injury is properly assessed and appropriate taping technique is utilized. An inappropriate taping application can place strain on covered areas, cause irritation or blisters and may increase the severity of injury or prevent healing.

SUPPORT : (Swelling, Undue stress, Protection, Pain, Optimal healing and tissue repair, rehabilitation and therapeutic care) mnemonic adequately describes the pre-taping considerations a physiotherapist must remember to check before tape application. Swelling must be controlled by adequate padding and compression to allow proper tape application. Tape application must not add undue stress to the injured joint, thereby increasing the severity of injury or causing additional injury and must protect the joint and reduce the pain. Maintaining continuous compression and permitting only pain free functional range of motion can ensure optimal healing and regeneration. Taping technique should be adapted for the appropriate stage of rehabilitation while ensuring that appropriate therapeutic care in form of controlled exercises or other modalities to reduce pain and promote healing are used.

PRECAUTION : mnemonic has been described for the post taping considerations. It stands for avoiding premature participation in vigorous sport or activity which places strain on unhealed areas and can lead to aggravation of injury as well as injury to supporting areas. Range of motion should be restricted to pain free range, thereby allowing some functional activity to prevent stiffness, but pushing joint motion into the painful region can make the injured part prone to further injury. Expert opinion must be considered and appropriate referral made if a serious injury like fracture or dislocation is suspected. Circulation to the area must not be constricted through taping, so physiotherapist should keep an eye out for any signs of impeded circulation as well as any allergic reactions to the tape. Undue psychological dependence on taping to provide support to the joint should also be avoided. Some athletes may become dependent on taping and decide not to compete without taping, which presents a grave problem for the physiotherapist. Ice should never be applied before taping as it can lead to decreased sensation as well as reduced joint and soft tissue volume which can make the taping restrictive once the tissues return to their normal volume. Only good quality taping supplies should be used. There are several standard companies which provide taping products including under wraps etc.

Literature review on taping for shoulder joint: Despite the extensive use of taping in almost all sports, surprisingly, there is little empirical evidence to support its use in shoulder patients. There have been a few studies which were conducted on healthy athletes and players and have shown non significant effects of taping. McConnell in her randomised trial on overhead throwing athletes investigate the effects of shoulder taping on upper arm kinematics and range of motion in elite overhead athletes during a seated throw. Subjects were seated on a chair and threw a handball as hard as possible into a large net. Kinematic variables were determined at full cocking phase and at ball release. The results showed that taping had no effect on ball velocity, but an important finding was reduction of shoulder internal rotation in athletes who had suffered a previous injury but were asymptomatic at the time of testing. The author hypothesised that one of the possible reasons for change in internal rotation could be improved proprioceptive awareness of joint position. In another study, Murrell et al found that taping of the shoulder joint in uninjured and non-symptomatic Asutralian rules football players in a pattern that attempted not to restrict their range of overhead movement did not signiﬁcantly affect the accuracy of joint position sense, inferior laxity, or handball accuracy. Cools et al evaluated the surface EMG recordings on the three parts of trapezius and serratus anterior muscle during dynamic full range of motion abduction and forward flexion in 20 healthy male volunteers. A strip of tape was applied over the muscle belly of the upper trapezius, starting anterior just proximal to the clavicle. On the posterior side of the trunk, the tape was attached towards the thoracic spine, following the muscle fibres of the lower trapezius. The movement direction, and tape and no-tape conditions were randomized. Though the results showed differences in the four scapular muscles, no differences could be attributed to application of tape. The authors however cautioned that other neuromuscular parameters might be involved in the proprioceptive effect of taping.

In a repeated measures trial on 36 subjects without any documented shoulder pathology, Zanella et al tested the effects of scapular taping on shoulder joint repositioning during flexion and abduction. No differences were found for tape vs no tape in flexion (P = .92) or abduction (P = .40) or between winging and non-winging subjects in flexion (P = .62) or abduction (P= .91). Another repeated measures study by McConnell et al  on 26 overhead throwing athletes divided into two groups – previously uninjured, previously (>12 months) injured found Athletes who have had a previous shoulder injury demonstrate a greater dynamic IR-ER ROM than athletes who have never had a shoulder injury. Shoulder taping decreased the dynamic range of the previously injured athlete, so that it was nearer the dynamic range of the uninjured athlete. Shoulder taping might provide increased protection for the injured athlete by decreasing the dynamic IR-ER ROM and by facilitating better shoulder and scapular muscle control

On the other hand, studies conducted on participants suffering from symptomatic sub acromial  impingement have shown the useful effects of taping. Hsu et al investigated the effect of elastic taping on kinematics, muscle activity and strength of the scapular region in baseball players with shoulder impingement and found that elastic taping signiﬁcantly increased the scapular posterior tilt at 30 degrees and 60 degrees during arm raising and increased the lower trapezius muscle activity in the 60–30 degree arm lowering phase (p < 0.05) in comparison to the placebo taping. Similarly, Miller et al conducted a single-blind randomized controlled trial to evaluate facilitatory taping as an adjunct to routine physiotherapy management. Twenty-two subjects with unilateral shoulder impingement symptoms were randomized into a taping with routine physiotherapy or a routine physiotherapy only group. The intervention group had scapula taping applied three times per week for the first two weeks of their treatment. All subjects were assessed at baseline, then at 2 and 6 weeks after the commencement of treatment. Pain and functional ability were assessed using the Shoulder Pain and Disability Index, range of shoulder elevation, and self-reported pain on elevation. At 2 weeks, the taping group demonstrated a strong trend toward reduced pain both on self-reported activity (SPADI pain subscale mean for taping 27.0 versus 41.5 for control) and pain during measured abduction (mean VAS 22.8 for taped, 46.8 for control), statistical power being limited by small sample size. The magnitude of the differences was reduced at 6-week follow-up. In another prospective RCT, Thelan et al evaluated the short-term clinical efficacy of Kinesio Tape (KT) when applied to 42 participants with rotator cuff tendonitis/impingement, as compared to a sham tape application. Self-reported pain and disability and pain-free active range of motion (ROM) were measured at multiple intervals to assess for differences between groups. KT may be of some assistance to clinicians in improving pain-free active ROM immediately after tape application for patients with shoulder pain, but longer term effectiveness needs further testing.

Several other studies on participants with sub acromial impingement have demonstrated varied short term benefits of taping including pain relief, correction of muscle imbalance, increased scapular control but overall, the quality of evidence supporting the use of taping in shoulder is relatively poor. Further research is needed to gain an indepth understanding of the mechanisms through which taping produces its effect, which have been demonstrable in impingement population while similar effects have been lacking in healthy volunteers. This article has highlighted the discrepancy that exists between the proposed mechanisms of effectiveness of taping and the evidence for the same.