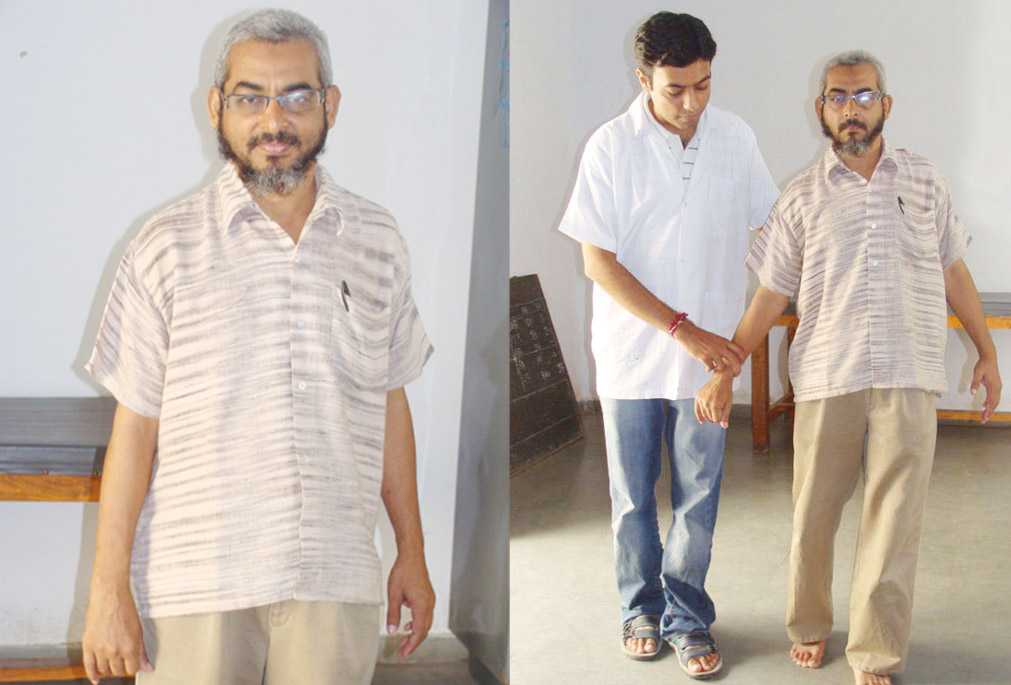 The types and degrees of disability that follow a stroke depend upon which area of the brain is damaged. Generally, stroke can cause five types of disabilities:

The role played by physiotherapists in stroke rehabilitation

Physical therapists specialize in treating disabilities related to motor and sensory impairments.Rehabilitation helps stroke survivors relearn skills that are lost when part of the brain is damaged. For example, these skills can include coordinating leg movements in order to walk or carrying out the steps involved in any complex activity.

Physical therapists help stroke survivors regain the use of stroke-impaired limbs, and establish exercise programs to help people retain their newly learned skills. Disabled people tend to avoid using impaired limbs, a behaviour called learned non-use. However, the repetitive use of impaired limbs encourages brain plasticity and helps reduce disabilities. Rehabilitation teaches survivors new ways of performing tasks to circumvent for any residual disabilities. There is a strong consensus among rehabilitation experts that the most important element in any rehabilitation program is carefully directed, well-focused, repetitive practice - the same kind of practice used by all people when they learn a new skill, such as playing the guitar or learning new game.

For some stroke survivors, rehabilitation will be an ongoing process to maintain and refine skills and could involve working with specialists for months or years after the stroke. Over time rehabilitation can be quite remarkable. It does take a team of professionals and the family to accomplish this. Physiotherapists take a leading role in developing appropriate policies and strategies with other exercise professionals and services to address the transition from rehabilitation to an active lifestyle following stroke.

During this recovery phase, there are many caveats which physical therapists have to address to enhance the progression of recovery. Few of these issues are as follows:

To deal with these issues, physical therapists adopt various approaches during the rehabilitation process. The approaches used currently can be broadly divided into two categories based on practical setting:

Rehabilitative therapy begins in the acute-care hospital after the patient's medical condition has been stabilized, often within 24 to 48 hours after the stroke. The first steps involve promoting independent movement because many patients are paralyzed or seriously weakened.

Patients are prompted to change positions frequently while lying in bed and to engage in passive or active range-of-motion exercises to strengthen their stroke-impaired limbs. Patients progress from sitting up and transferring between the bed and a chair to standing, bearing their own weight, and walking, with or without assistance. Rehabilitation nurses and therapists help patients perform progressively more complex and demanding tasks, such as bathing, dressing, and using a toilet, and they encourage patients to begin using their stroke-impaired limbs while engaging in those tasks. Beginning to reacquire the ability to carry out these basic activities of daily living represents the first stage in a stroke survivor's return to functional independence.

The Bobath approach is widely utilized in rehabilitation following stroke and other neurological conditions. It is a problem solving concept that allows for a variety of strategies flexible enough to be adapted to the strengths and impairments of the individual client rather than a prescribed treatment of exercise. Traditional Bobath approach was based on the belief that voluntary movements are built on reflexive movement and that treatment must follow the normal developmental sequence. Over the years, the Bobath approach has been modified with many changes and still today alterations continue. Current Bobath concept has accepted that neural control is not a simple hierarchial function but it is more complex where multiple body systems participate in executing movement that is organized by the specific task and constrained by physical laws and the environment. Based on this principle, NDT is redefined as a problem solving approach to the examination and treatment of the impairments and functional limitations of individuals with neuropathology, primarily children with CP and adults with stroke or traumatic brain injury (TBI).

Assumptions of NDT approach: ( these principles can come in a box with 8 font size )

There is currently no evidence that Bobath intervention is more or less effective than other therapy approaches (Kollen, et al., 2009, Luke, et al., 2004; Paci, 2003). Hence, still NDT approach requires evidence for its effectiveness over other treatment approaches.

PNF approach uses spiral and diagonal components of movement rather than the traditional movements in cardinal planes of motion with the goal of facilitating movement patterns that will have more functional relevance than the traditional technique of strengthening individual group muscles. It uses resistance with the goal of facilitating "irradiation" of impulses to other parts of the body associated with the primary movement.

CIMT is a behavioral approach consisting of different components derived from neuro rehabilitation from basic neuroscience. The treatment for humans after neurological injury has three components:

(a) repetitive, task oriented training of the impaired extremity or function following shaping principles for several hours a day for 10 or 15 consecutive weekdays (depending on the severity of the initial deficit);

(c) applying a package of behavioral methods designed to transfer gains made in the clinical setting to the real-world.

Brunnstrom approach is based on the concept that damaged CNS regressed to phylogenetically older patterns of movements (limb synergies and primitive reflexes); thus, synergies, primitive reflexes, and other abnormal movements are considered normal processes of recovery before normal patterns of movements are attained. Hence, based on this principle, Brunnstrom approach uses primitive synergistic patterns in training to improve motor control through central facilitation. Treatment includes facilitation of specific synergies through cutaneous/proprioceptive stimuli.

This approach is based on cognitive motor relearning theory and influenced by Bobath’s approach. Goal is for the patient to relearn how to move functionally and how to do problem solving while attempting new tasks. In addition, this approach teaches general strategies for solving motor problems, instead of emphasizing repetitive performance of a specific movement for improving skills.

Gait restoration is a major goal in post-stroke neurological rehabilitation. For this reason, the recovery of independent walking is important in rehabilitation studies. Recently, gait training on a treadmill with body-weight support (BWS) has received special attention. It consists of a suspension system to which a patient is connected so that weight shifting, balance, and stepping can be controlled; walking is facilitated by a treadmill. Increasing evidence has suggested that treadmill training in older subjects with hemiparesis improves locomotor capabilities during over-ground walking and motor relearning, because it provides task-oriented practice of walking and active repetitive movement training. It has been suggested that through training, functional movements of locomotor patterns, sensory inputs, and therefore central neuronal circuits, become activated. Hence, even with several studies have shown the feasibility of supported treadmill ambulation training in patients with stroke, but whether it is superior to other gait therapies is still under dispute.

People with hemiparesis often display abnormal gait patterns, such as equinovarus (excessive plantar flexion and inversion)or foot drop (excessive plantar flexion), in which selective control impairments are particularly prominent in the feet. During walking, a person's big toe and outer foot margin rub against the ground, thus putting the person at risk of sustaining sprains and other ankle injuries. To minimize these patterns, electrical stimulation to correct spastic foot drop in hemiplegia was first applied by Liberson and co-workers in 1961.Functional electrical stimulation (FES), based on the concepts described by Liberson et al, uses electrical signals to activate peripheral nerves and control functional movements. This technique makes use of afferent feedback during contraction, a process that, with a patient's help, may maximize motor relearning during active repetitive movement training.

In routine clinical practice Functional electrical stimulation time (in minutes) can be adjusted according to verbal feedback from the patients during the 20-to 45-minute stimulation period The patients should be instructed to say when they felt fatigue related to dorsiflexion and eversion movements of the stimulated leg. In that situation, FES should be discontinued for 5 minutes and then activated again. As volitional control improves, the FES amplitude can be reduced.

Limitation: Subjects trained on a motor task in a virtual environment demonstrated the ability to improve performance on the task in that environment, but the learning did not always transfer to the real-world task. Hence, these protocols should be explored more in order to ascertain the use of virtual reality training as an enhancement to traditional stroke therapy.

With the development of   non-invasive cortical stimulation techniques, it has become possible to evaluate and influence cortical activity in awake, behaving humans. Transcranial magnetic stimulation (TMS) and transcranial direct current stimulation (TDCS) can contribute to the understanding of mechanisms of rehabilitative processes and may lead to the generation of new therapeutic strategies in neuro rehabilitation

​The recent FIT-Stroke trial could be a good prototype to learn from when planning a trial of rehabilitation in stroke patients (van de Port IG,et al).