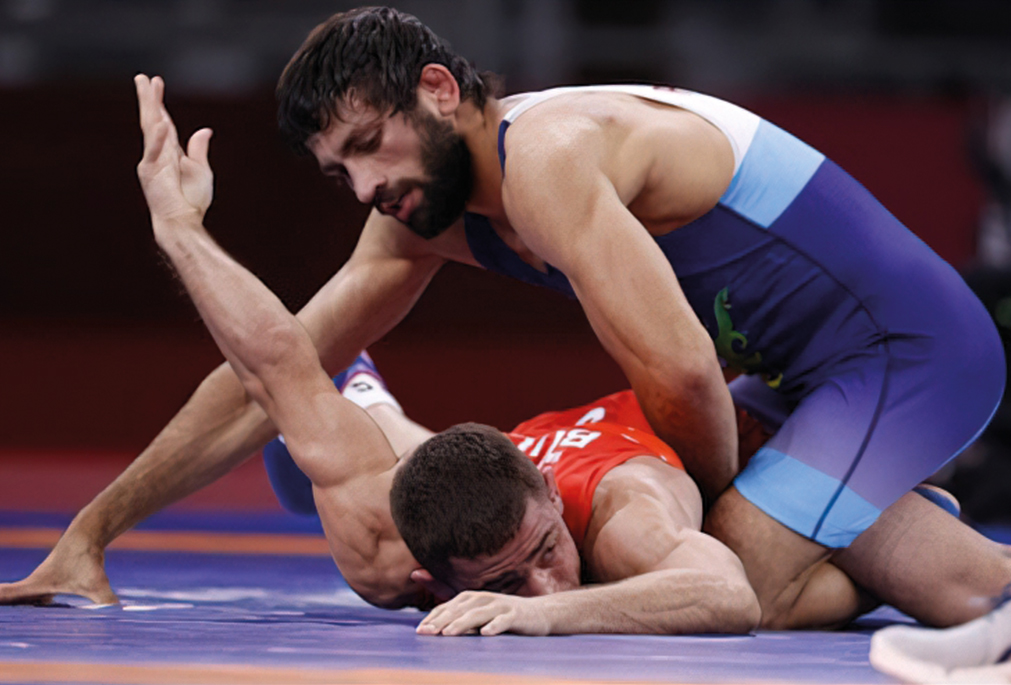 Indian wrestler Ravi Dahiya has become the second Indian wrestler, after Sushil Kumar, to win an Olympic silver medal.Dahiya is also a bronze medalist from 2019 World Wrestling Championships and a two-time Asian champion.

Ravi possesses immense strength, stamina and is technically sound. He discusses the role of  Physiotherapy in shaping his career with  PHYSIOTIMES.

Please tell us about how you got motivated to be a Wrestler? How was your Early Childhood training and your first Coach?

My father and uncle used to do wrestling in village, so do I started by seeing them in village under Hansraj Phalwan and then later in 2007 moved to Chhatrasal stadium in Delhi under guidance of Mahabali Satpal ji.

Can your share your experiences of JUNIOR WORLD CHAMPIONSHIP, 2015.

It was my first international competition, so it was very good experience for me, I won silver in it but also got knee injury due to which I missed gold medal.

Pro-Wrestling League has got the fans enjoy the Wrestling in the new avatar. What is your opinion for such initiatives?

Pro wrestling league is a great initiative, both for us and wrestling fans, as we get to train with foreign wrestlers and get good experience and fan get to see international level wrestling in India itself.

When was the first time you got the guidance and support of a Physiotherapist in your career?

In 2015 I got sponsored by Olympic Gold Quest who provided me the physio, after which i am having constant support of sports science team by them.

What are the common injuries that occur in wrestling? Which is the most serious one you might have faced?

Wrestling is a contact sports, so injuries are common like knee, back, shoulder etc. Most serious was my first injury in knee, which was cartilage tear which lead to so much swelling in my knee, I was very scared as it was my first time but after proper medical treatment I was normal again.

Do you feel Indian Physiotherapists are equally talented and capable as their foreign counter-parts?

I would say Indian physio are best, actually I have not contacted any foreign physio much but in my opinion, India has got the best physio.

What message would you like to give to the Physios who wish to work with the Wrestlers?

I would like to say that keep working hard and keep learning, and if possible, can help wrestlers at any level.

What are your future plans?

My next focus is on next year commonwealth and Asian games and final aim is to win gold in Paris 2024.

PHYSIOTIMES is India’s leading Physiotherapy magazine where we connect Physios around the globe and the Proud Sportspersons. Do you think it is important to have a network so that we can learn from each other?

Learning is an ongoing process, so if one has to progress in life need to constantly learn new things. It is a very good step by PHYSIOTIMES. Knowledge should always be shared with each other.