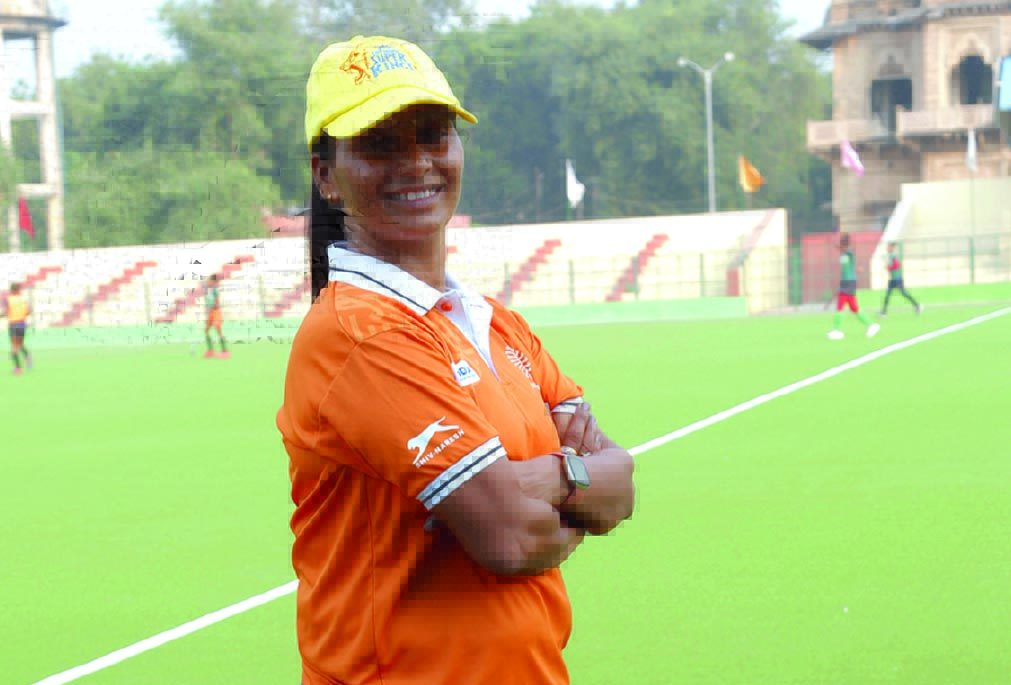 1. How did you develop your interest in Hockey?

I started playing Hockey from School days. There were a lot of games offered at our School, but always was inclined towards Hockey only. When I first went to my School PT Teacher, he refused to give me Hockey stick, saying that I’m overweight, so won’t be able to play. At home, I told this to my grandmother, who took steps to assure that I also be a part of the Hockey team in School. This is how my interest in the game increased.

2. Who was your Inspiration?

My brother has been a Gold Medallist, so I wanted to play and go out to represent my team. At that time, sending a girl from Haryana to play was a nearly impossible task, but my father who was educated, decided to allow me to play. After some time, a girl from our Village, Rajani, played in the Indian Team inspired me to play Nationals too.

3. Please tell us about the odds or struggles that you faced in your career.

Struggles were always a part of my career, both as a Player, and also as a Coach. As a player because of the strictness for girls, in our village, that made things like wearing shorts, sending girls to different places for tournaments, a taboo. As we had to go to City to practice, even bus fare daily was a task. So, we used to go walking to city every day. Then my fellow girls started getting married and used to quit playing, so it was difficult to do everything alone. 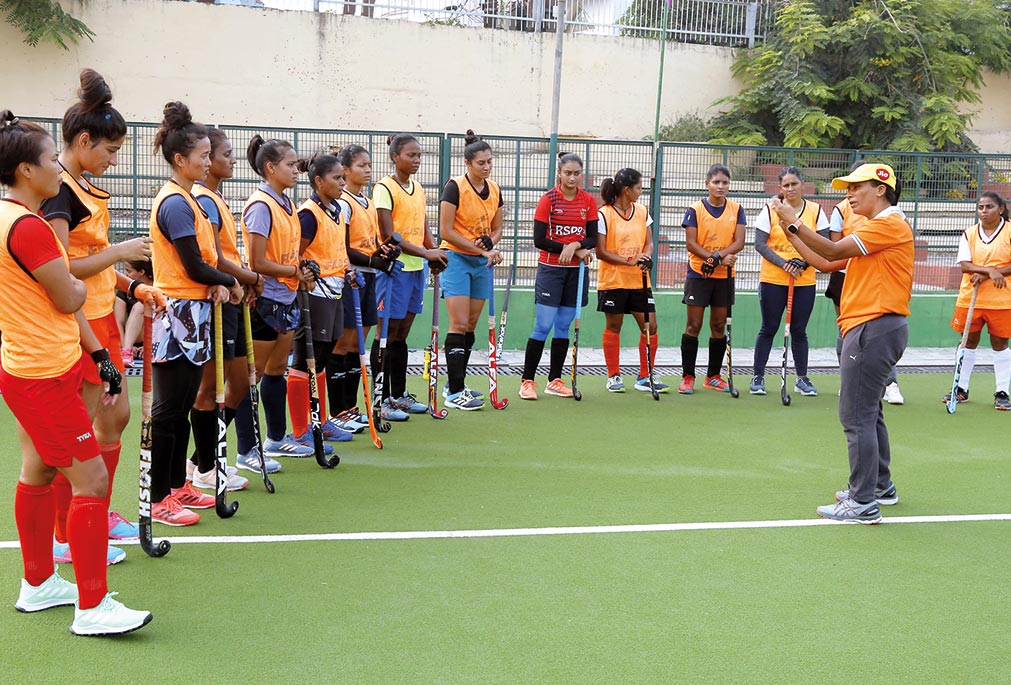 My only support was the determination that I will play in the national team one day.

I was selected for the Asia Cup, when my marriage proposals started coming. I somehow convinced my father to give me 2 years to prove myself. I worked very hard in camp not to waste my chance of getting selected. Anyways, I got married at the age of 23, I decided to continue my career. Luckily my husband is a Hockey player himself, who had a back injury and couldn’t continue playing. He boosted me to play even after birth of my son. Finally, after 2 years of break and leaving my 7 months infant at home, I worked hard and made a comeback in the team. I re-entered Commonwealth Team after marriage and get Gold Medal for the Country.

4. Tell us about Siwach’s Academy and the amazing work you are doing by supporting talented girls from not so privileged financial background.

There were a lot of hurdles in starting a Hockey academy for girls in Haryana.  I wanted them not to face problems as I faced. Then there were problems of getting kits for them as they couldn’t afford it. The ground we had was not apt for playing so we made a team and prepared our ground ourselves. Finally, we had 35 girls practicing and dreaming to make it big one day. 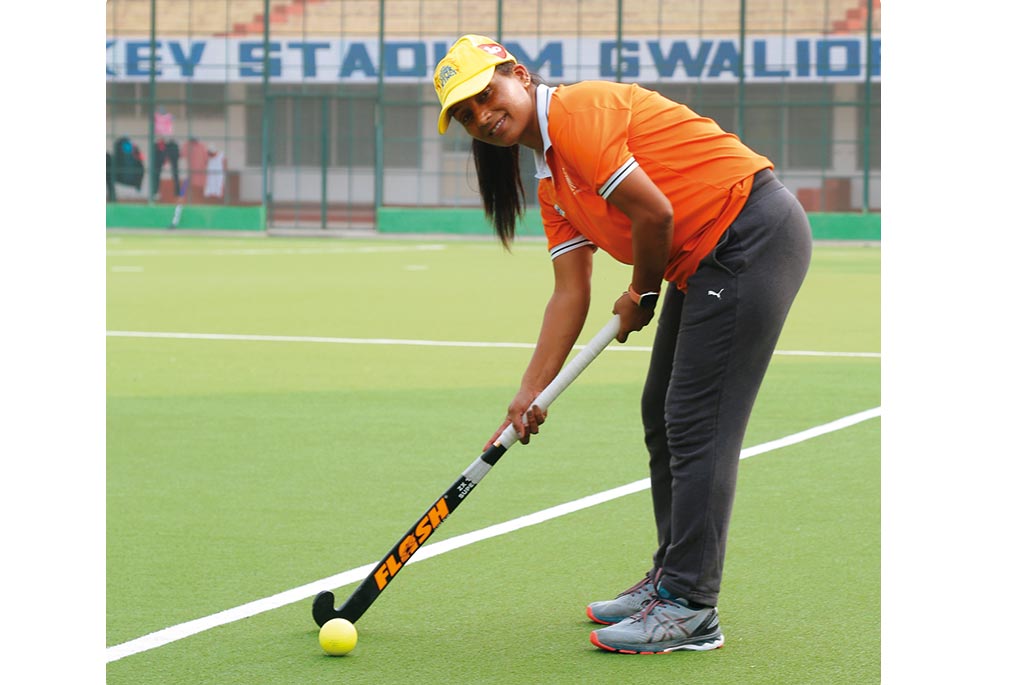 5. Do you feel there is need to bring our national game into focus today also?

I think Government is putting lots of efforts to help all Sports team develop. Our Prime Minister is regularly talking to players which is indeed a very important thing. Only one thing I would like to recommend is that more facilities should be available at the grass-root level, so that more players come up.

6. Your journey of 18 years in Hockey is inspirational. Please share the ups and downs.

As I already discussed, I have always faced all the struggles with determination and hard work. Family life and financial problems were there but that didn’t alter my will power. From fighting against all odds to building a dream for the girls, I have learned to fight against all odds.

7. Which role did you enjoy the most- Captain’s or Coach’s?

As a Player, I enjoyed my role the most. Also, I loved being the Coach, but had to face lots of difficulties to make things work, when I opened my Academy. Straight after the Commonwealth games, I decided to build a Girls’ hockey team in Sonipath. After convincing my husband for the same, it was a task to get the girls permitted from their homes to play, but we did it. The academy was started in 2004, and today around 170 girls are training. 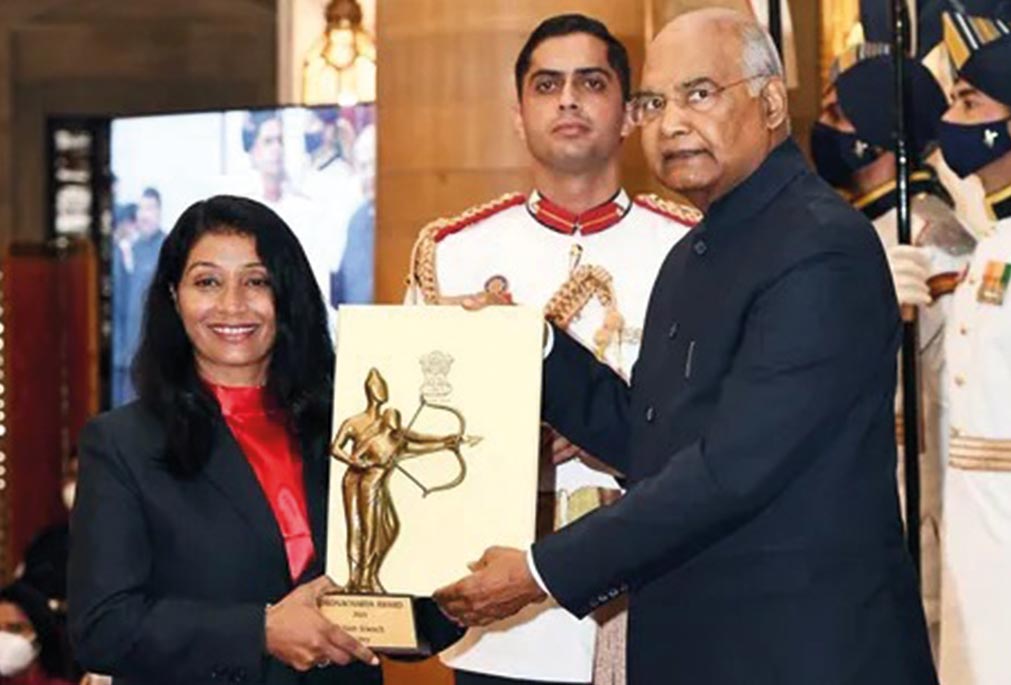 8. Recently you have been awarded the prestigious Dronacharya Award. Please share your experience.

I was in Calcutta at the time of announcement of Dronacharya Award, I didn’t believe it at that time. I think hard-work never gets wasted. I worked very hard for the Academy, and got the respect in return.

9. When was your first encounter with Physiotherapy?

We got to know about Physiotherapy in camps. Psychologically, when we realised that Physiotherapy is helpful in sports injuries, we started availing the services. A Physio from Bangalore used to help us in the Camp.

10. Do you feel the importance of Physio in the team is extremely important?

Today, I feel that a Physio is more important even than the Coach for the Team. Player is very much dependent on Physio for injury prevention as well as Treatment. Physical conditioning as well as psychological support is something that a Physio only can provide.

11. How was your experience with Physiotherapy and did it help you in bouncing back every time you had an injury?

I faced an injury and got severe pain in left thumb after World Cup qualifying match. We had 1 match left with Italy, but it was difficult for me to play due to intense pain on movement. I was worried because my team needed me, at that time, our Physio came to rescue and did taping and treatment. Finally, I could play and we won also.

I enjoyed Commonwealth games 2002 the most, as it was magical. We were not even sure that the team would qualify or not, but we made it and secured Gold Medal. It was very special for me as I played after my son’s birth.