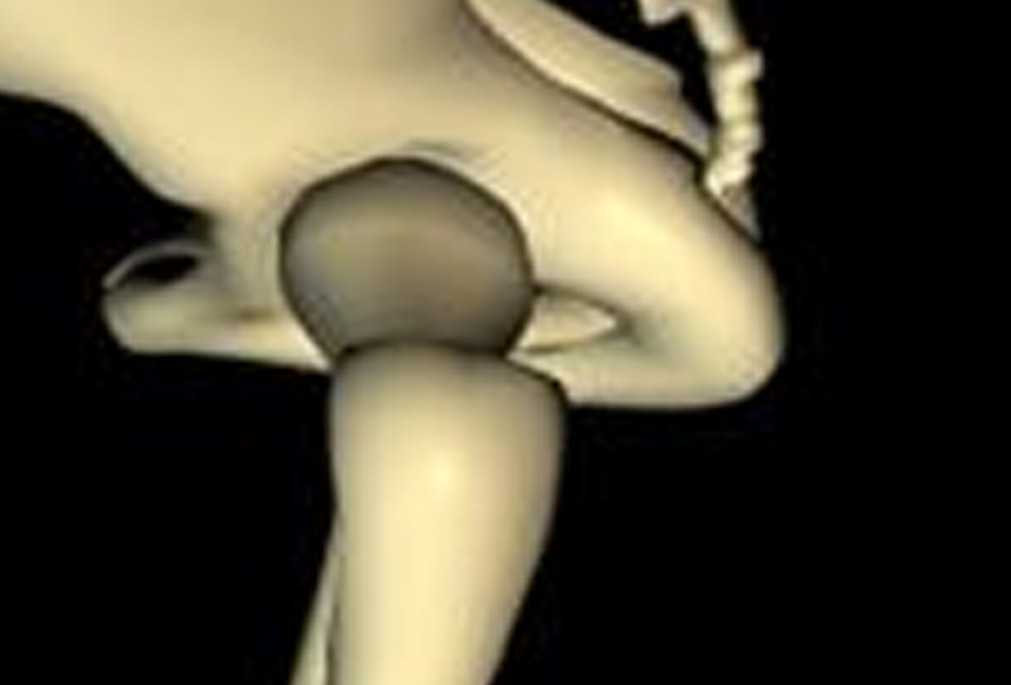 The normal  angle  of thoracic kyphosis in younger population range between 20 to 40 degrees . Boyle J J & et  al in their study of men and women, reported mean angle of thoracic kyphosis by Cobb angle on lateral thoracic spine images as 26 degrees in persons in their twenties, 53 deg in those in 60 to 70 years of age, 66 deg in those older than 75 years of age. Thus  it  can be seen that this angle of thoracic kyphosis tends to increase with age. A non-invasive and cost-effective method to measure thoracic kyphosis in clinical settings is by flexicurve ruler. A  kyphotic index of 13 and greater calculated by this method is significant . This postural  impairment  termed as Hypherkyphosis. (FLEXICURVE SPINAL MEASUREMENT and PROTOCOL FOR CLINICAL ASSESSMENT: KYPHOSIS AND LORDOSIS IS GIVEN SEPARATELY AS A TABLE)  Hyperkyphosis is  a common geriatric condition that affects as many as 20 to 40 % of older adults . Apart from being a cosmetic deformity, this condition in older persons  can cause significant disability.   A lot of clinical attention is given to this condition as ongoing research demonstrate association between worsening curvature and increasing risk of adverse health outcomes that includes poor physical  function, pulmonary compromise, falls, fractures, and even earlier mortality. Two cross-sectional studies by Lind et al and Mattox et al reported that those with greater kyphosis had increased odds of having pelvic prolapse. Case reports have also shown association between hyperkhyhosis and insufficency fractures of the sternum (Klasseet al) and dysphagia (Goyal et al )Tinneti et al has defined this new geriatric syndrome as a “multifactorial health condition that occurs when accumulated effects of impairment in multiple systems renders a person vulnerable to situational challenges”. As physical therapist we can play an important role  in prevention and treatment of this age related postural impairment. Early recognition of this condition and understanding its aetiology, pathomechanicsand clinical consequences will guide the therapist to implement interventions focussing on maximizing functional independance in the elderly.

Aetiology -The most cited cause of hyperkhyphosis is vertebral fractures due to osteoporosis, however studies report that vertebral fractures are present only in 36% to 37 % of the most severe kyphosis. The other postulated causes of this condition  are developemental abnormalities with or without degenerative conditions for eg. Scheuermann disease characterized by vertebral wedging, end plate irregularities and Schmorl's node. The estimated prevalence of this disease is only  8% . Degenerative disc diseases, muscle weakness, faulty postural habits, ligament degeneration and genetic predisposition are other notable causesof hyperkyphosis reported in literature. There has also been a suggestionthat a psychosocial factors such as depression', insecurity, and anxiety may lead to increased kyphosis.

Pathomechanics - The shape of the vertebral bodies and the intervertebral discs are the major anatomical  structures that contribute to the anterior concavity of the thoracic spinal contour. The line of gravity in ideal standing posture is directed on the concave side of the thoracic curvature. Hence small thoracic flexion torque is constantly present  subjecting the anterior side of the discs  to compressive forces which are resisted normally due to inherent properties of the connective tissue of the intervertebral dics and  bone and a small amount of myogenic force from back extensors to maintain equilibrium of the trunk. With advanced age, the intervertebral discs are dehydrated leading to loss of elasticity in the nucleus pulposus and annulus fibrosus with subsequent loss of disc height. Also due loss of bone mineral mass per unit volume, the vertebral bodies are not able to resist  the  deformation  from external forces of gravity. This result in accentuating local thoracic kyphosis , as small external flexor torque is constantly acting over a long period of time. The spinal extensors overcome this gravitional moments and stabilse the trunk  but are at a mechanical disadvantage when considering lever arm length as they attach close to the axis of rotation. Therefore sufficently  large amount of force is generated to stabilise the trunk. The  results is higher compressive force  delivered to intervertebral disc and vertbral body which is udergoin degeneration. As the thoracic flexion posture increases the line of gravity shifts further anteriorly thus increasing the length of the external moment arm and magnitude of the flexed posture. Over the period this flexed posture increases  further increasing the length of the external flexor torque resulting in hypherkyphosis. Change in  spinal posture may compromise back extensor strength and a normal strength of paraspinal musculature perhaps due to alterations in length – tension relationship and moment arm lengths. Also due to ageing there is reduced ability of these  muscles  to generate force further accentuating  the deformity. The sitting posture adopted for most of the time by elderly, further adds to perpetuate this deformity.

Impairments due to Hypherkyphosis :- Pain in the cervical thoracic  and lumbar levels :- Mechanical loading of the spine in a progressively flexed posture from neutral causes significantly earlier fatigue failure of the vertebral  motion segment and results in pain.

Muscle weakness :-  Due to increased thoracic kyphosis the muscles mainly erector  spinae  and ligaments on he convex side  are elongated and develop stretch weakness. The abdominal muscles and the anterior longitudinal on the concave side are shortened and develop tightness and eventually become weak.

Reduced joint mobility at the shoulder, Hip and knee  joints :- Due to kyphotic posture the there is excessive anterior tilt, abduction  and downward rotation of both the scapulae  changing the orientation of the glenoid fossa. As a result during  movements  the glenohumeral joint impinges under the acromion process , and the tissues in the  subacromial space undergo  microtrauma resulting in impingement of these structures and inability to elevate   the arm  without pain. If left untreated,will result in tight pectoralis minor and short head of biceps pulling the coracoid further anteriorly as the lower trapezius is not able to provide sufficent counterforce due to stretch weakness. Also the abilty to do full bilateral arm elevation requires 15  degrees of thoracic extension which is not available because of kyphotic deformity.  Also the hip joints are flexed due to decrease in lumbar lordosis and  posterior pelvic tilt of the pelvis.This will eventually give rise to  flexion  contracture reducing  hip extension range,  which is an important requirement during standing and walking. Under normal conditions upright standing is resisted by passive tension in the stretched iliopsoas muscle and iliofemoral ligament. Flexed posture redirects body weight anterior to the hip joints, causing  a hip flexor torque. Increased force from gluteus maximus would now be required to  maintain the standing position. The subsequent increase in myogenic hip joint force may exacerabate existing hip joint pain, increase cartilage wear and genaral fatigue due to increase in the metabolic requirements. Also  weight bearing forces which are normaly transmitted through the hip joint to stimulate bone formation are altered.  Flexion at the hip  joint results in  flexion at the knee joint eventually leading to reduced extension range at the knee. This  altered  length-tension relationship  will  result in reduced strength in gluteus maximus and quadriceps muscle.

Forward head posture :-  The head is held anteriorly because of thoracic kyphosis , with the result line of vision extends downwards. To correct for visual needs the head tilts backward, the posterior cervical muscles shorten and are forced to contract excessively to maintain the head in this position.The contracted posterior cervical muscles may entrap greater  occiputal nerve and refer pain to the head.

Balance :- Because hyperkyphosis adversely affects normal standing posture, it has been assumed that this posture leads to impaired balance and increases the risk for falls.

Fractures :-  Vertebral fracture has been associated with increase in thoracic kyphosis and reduced lumbar lordosis (Sinaki M et al,1996 ). This change in the spinal alignment will shorten the lever arm length of the spinal extensors and increase the magnitude of the flexion moment, requiring large extensor counter-moments and therefore an increase in verteral compression load. With age and menopause,  the trabecular bone mass in the vertebral body declines faster than the cortical bone mass , and the change in the bone mineral density will affect the compressive strength of the vertebral body increasing the likelyhood of the fracture.

Spinal neural structures :- Flexion of the spine causes elongation of the spinal neural structures subjecting them to tensile stress. Continuous tension in nerves will produce reduction in intraneural blood flow and  also nerve conduction  giving rise to pain and in some cases sensory and motor symptoms.As we can see from above that several musculoskeletal impairments arise as a consequence of sustaned and elevated tissue loading secondary to increased Kyphosis. This highlights a bio-mechanical rationale for treatment modalities aimed at decreasing or minimizing its progress.  A n important role of physiotherapist is to understand when and how physical therapy can diminish the effects these factors have on the individual function and ultimately quality of life. Therefore treatment strategies should be aimed at decompressing the spine and improving the neuromuscular control along with treatment of secondary impairments.

This can be achieved by various  physiotherapy modalities :-

2 ) Postural awareness and re-education :- Heighten the awareness of good body alignment and assuring them that with conscious effort poor postural habits can  be changed . Mental imagery techniques combined with postural correction exercises should be encouraged.

3 ) Exercise therapy :-  Exercises aimed at improving strength,endurance and correct recruitment patterns of  transverse abdominis, multifidus, erector spinae , scapular retractors and depressors, gluteus maximus, and quadriceps will ensure stability and optimal movement control of the trunk.studies have demonstrated progressive weight training even in the frail elderly can lead to large strength gains. Walking , the single best exercise promotes weight bearing through the hip joints  and stimulates bone remodelling can be advocated for better bone health and enhancing aerobic capacity. Walking backwards, sideward and on uneven surfaces will also help to improve balance. Spinal flexibility exercises are found to be beneficial for improving thaoacic and rib cage mobility.Specific stretching of tight abdominal muscles,iliopsoas, rectus femoris, pectoralis major and minor should precede weight training program. The goal of all these exercises is  to correct alignment and improve optimal loading forces through the hip joint  and vertebral column. The best exercise program will be comprised if good body  mechanics are not practised.

4 )Taping and Orthosis :- Taping and orthosis are used as adjunct to the exercise program and functional training to heighten the awareness of correct posture and movement  patterns through proprioceptive input. Spinomed III, a spinal brace is found to be effective in reducing angle of kyphosis by 11% , 73% increase in back extensor strength, and 15% increase in well-being. (Pfeifer et al, 2004) . Studies have also reported reduced  kyphosis by 5% with therapeutic taping.

5 )Patient education :-Basic and Instrumental activities of daily living requiring  positions of forward bending, side bending and rotations should be avoided or minimized.

Conclusion :- Successful treatmnt of Hyperkyphosis by physiotherapist is essential to ensure functional independance in the growing elderly population.