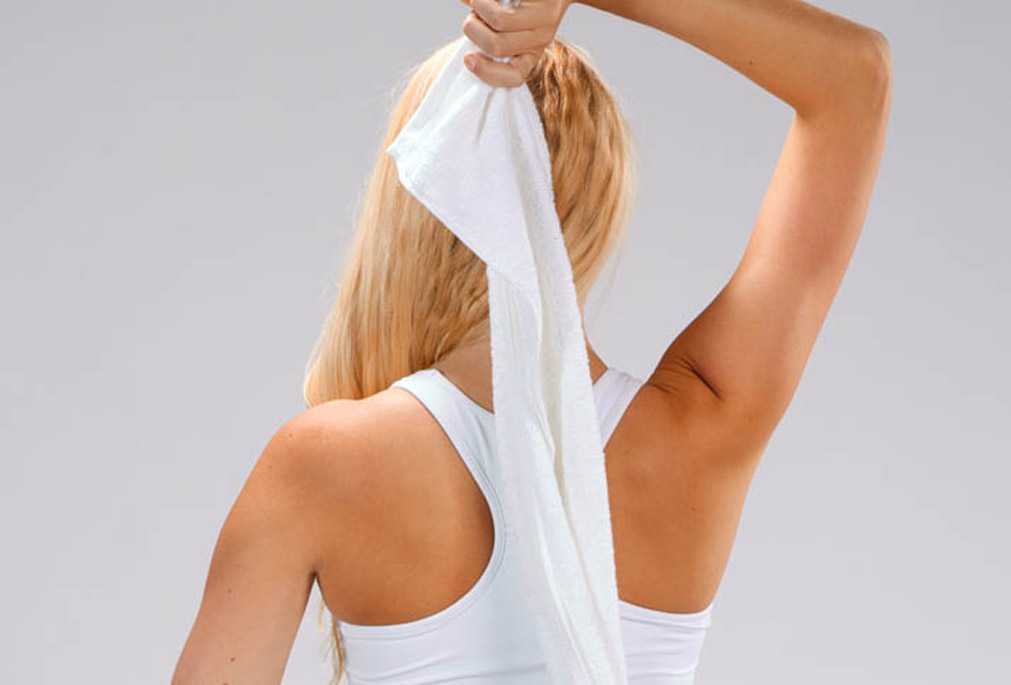 Introduction: Shoulder pain,  reported to be the most common musculoskeletal disorder after spinal pain (Eltayeb et al., 2007) is often recurrent and persistent (Croft et al., 1996; Van der Windt et al., 1996; Van der Windt and Croft, 1999; Winters et al., 1999; Kuijpers et al., 2006, 2007). This article highlights the difficulties in diagnosing shoulder disorders, the need for the classification system in extremities, and provides information on how shoulder pain is approached using the Mckenzie concept. Shoulder pain is a symptom within a heterogeneous population of patients and management using the McKenzie concept for any joint would be directed to a homogenous population of patients. Hence wider information to therapist would be to read on the McKenzie concept in homogenous subgroups like rotator cuff tendinopathy, bicipital tendinopathy, articular dysfunctions or frozen shoulder, etc. According to the review by Brudwig et al 2011 numerous pathologies like tendinopa­thy, bursitis, rotator cuff tear, adhesive capsulitis, avascular necrosis, shoulder impingement syndrome, glenohumeral osteoarthritis, and trauma from injury can cause shoulder pain which can result in a variety of impairments such as pain, stiffness, weakness, postural deviations, and al­tered glenohumeral rhythm. Bergman et al 2004; and Winters et al 1997 evidenced that mobilizing the cervical and dorsal spine is effective in the management of shoulder pain. It has also been evidenced that cervical disorders can cause symptoms at the shoulder (Wells, 1982; Schneider, 1989; Van der Windt et al., 1996; Mannifold and McCann, 1999; McKenzie and May, 2000; Bogduk, 2002). Hence at the first instance one has to rule out whether the symptoms and mechanical presentation at the shoulder are being affected by the movements of the cervical spine and upper dorsal spine or the shoulder joint itself. (McKenzie & May 2006).

Why a diagnostic classification in extremities?- Various research reports of extremities suggest that our present emphasis on pathological diagnosis at the shoulder is misguided and clinicians should be describing signs and symptoms and speculating on pathology rather than trying to localise a specific pathologic structure. Green et al 2008 a systematic review on the anatomical basis of clinical tests of the shoulder found, there was a lack of evidence for anatomical validity for supraspinatus testing, and likely none for impingement.  Hughes et al 2008 and Hegedus etal 2008 have reached the same conclusions that there is lack of validity and poor accuracy for the clinical tests used in rotator cuff pathology due to a lack of anatomical validity of the tests or a close relationships of structures in the shoulder which make it difficult to identify specific pathologies with clinical tests.

The value of the pathoanatomical model of the shoulder is questioned to make a reliable diagnosis (May et al., 2010), neither does it have validity (Dinnes et al., 2003; Mircovic et al., 2005; Dessaur and Magarey, 2008; Hegedus et al., 2008; Hughes et al., 2008). The value of imaging is questioned too, with rotator cuff tears seen in asymptomatic subjects (Tempelhehof et al., 1999; Schibany et al., 2004; Yamaguchi et al., 2006).  Thus complication of the shoulder joint structure, lack of reliability and validity to the clinical tests used to diagnose the shoulder pathology, together with reference from the cervical spine makes diagnosis a difficult task. In view of these difficulties surrounding the management and outcomes in the treatment of shoulder pain, Schellingerhout et al., 2008 has recommended that these pathoanatomical diagnostic labels be abandoned, and instead patients be classified, based on treatment response and common clinical characteristics.  Other information such as, mechanism of injury, pain behaviour, and location of pain when combined with clinical tests might provide a more accurate indication of clinical patterns. A cluster of criteria, not just clinical tests, may prove to be of greater use in the clinic.

Pathological diagnosis in spinal patients can only be made in about 15% of patients (Waddell 2004) and various research reports have universal acceptance on the use of a classification system to manage patients with spinal symptoms.  A similar approach can be considered for patients presenting with shoulder pain.  Merinko et al 2011 proposed the identification of subgroups of patients who would respond best to particular exercises.  These factors necessitate the need for a classification system giving rise to management to homogenous population thus facilitating better research.

Treating the Shoulder joint using the McKenzie concept: Since 2000, physical therapists practising the McKenzie Method have been classifying the mechanical disorders of the joints of upper and lower extremities, including the shoulder joint, and managing patients within a homogenous population based on a mechanical assessment, as in spine.

The homogenous groups – 3 syndromes:  To assess the shoulder joint The McKenzie Method of Mechanical Diagnosis and Therapy (MDT) (McKenzie and May, 2000) uses posture, positions and end range repeated movements whilst monitoring symptom and mechanical responses to classify patients into one of three mechanical syndromes:

1) Derangement is articular.  Variability is seen in the presentation and in response to loading and movement testing. Could be acute, sub acute or chronic, constant or intermittent, and may have rest pain. Responds very rapidly to the direction specific exercise. May or may not have any baseline symptoms.

2) Dysfunction is further sub-classified as contractile or articular. It is chronic, intermittent, and consistent in presentation. Responds to end range of the loaded contractile tissue or to the articular range. Will not have any baseline symptoms.

3) Postural syndrome. Pain resolves as soon the limb is out of the position and does not present with any effect to the ranges or symptoms during the repeated movement testing. Will not have any baseline symptoms.

4) ‘Other’ if they are non-responders to any of the mechanical syndromes. Examples of those that fall in this group would be fracture, gout, glenohumeral arthritis, trauma, bursitis, avascular necrosis, any medical causes bringing about shoulder pain etc. Treatments directed at these homogenously exclusive subgroups are specific to each subgroup giving better outcomes and facilitating research (McKenzie and May, 2000).

Mechanical assessment: The assessment starts with the collecting information in the history designed to clinically reason out the provisional hypothesis and identify red flags. Questions in the history are directed to find the mechanical markers. These information’s in the history directs the therapist to make an informed decision on whether to proceed primarily with the shoulder assessment first and then rule out the cervical spine or start primarily with the cervical spine monitoring the symptomatic and mechanical baselines of the shoulder and cervical spine. To proceed with the mechanical testing of the shoulder, symptomatic and mechanical baseline are first gathered, as also any functional baselines and responses to these are judged after repeated movement testing.  Severity of VAS shows the severity of the condition directing the vigour of the physical examination. Active range of movements (AROM) of shoulder, passive range of movements (PROM) and resisted tests are performed on the patient making a note of whether the pain is during movement (PDM) or at end range(ER). Functional ranges of hand behind the back and hand behind the head is also measured.

AROM besides giving us the general direction, the loading factor, nature of movement, and willingness to move, identifies the origin of the disorder, as articular, ligamentous or musculotendinous. ER pain implicates articular or periarticular structures and can be because of contractile structure or an articular problem. Painful arc reasons could be

1) Articular derangement obstructed by dislocated tissue or some anatomical disruption in an articular structure.

2) Complication of irritated soft tissues by bony constriction due to abnormal tendon or bursa.

Resisted tests look at pain, and strength. This test loads the contractile tissues. When tested with no movement, contractile structures alone produce pain. Tendinopathic pain is induced by load Cook and Puradum 2009. In case of articular problem, be it derangement or dysfunction, this test is negative. Any decrease in strength could also guide us to differential diagnosis. Dysfunction is differentiated through responses to resisted tests and end-range repeated testing. Repeated movement testing is the litmus test to the diagnosis. In presence of a baseline pain, it rules out dysfunction, both contractile and articular. Likewise, dysfunctions always give a consistent response in repeated movement testing, always producing the pain which does not remain worse after the movement testing. Derangements would give variable responses in movement testing, which may produce symptoms, increase, decrease, making the symptoms and ranges better, or worse after the testing, or have no effect to the baseline symptoms, or ranges, but improve significantly the baseline functional activity. There would also be situations where the symptomatic and mechanical responses do not remain better or worse after the testing.

According to May 2006, in order to assess the effectiveness of the classification system there has to be a inter therapist reliability towards the assessment of the clinical findings and to classify the patients into that specific mutually exclusive group. According to May and Ross 2009, overall agreement between therapists to classify was 92% and the κ value was 0.83. According to May and Rosedale 2012 prevalence in extremity 37% had derangements, 17% had contractile dysfunctions, 10% had articular dysfunctions, and 36% were 'other'. Classification remained consistent between initial and final treatment in 86%.

Management: In derangement management is directed by the directional preference from the repeated movement testing, and there could be rapid reversals as seen in the spinal derangements that are managed by McKenzie concept. 3-4 sessions, even few minutes may be required to restore the patient to functions and abolition of symptoms. According to May and Rosedale 2012 in derangements at the shoulder, extension and medial rotation were the most common directional preferences Dysfunctions either contractile or articular would require longer periods of therapy. In articular dysfunction, intermittently compression or stretch on the contracted tissue in the direction that produces pain and is limited will be necessary to restore the joint to full ranges. Time period here would be a minimum of 6-7 weeks. In contractile dysfunction of rotator cuff, biceps brachii etc, there is consistent response as turnover of collagen and re-modelling of collagen takes time. The contractile tissue will have to be loaded periodically to produce the concordant pain which is no worse after the exercise.  The progression would have to be done with concentric, resisted concentric, eccentric, within the inner range, outer range, or in the target zone. Postural: This would need no treatment other than advice and education.

Conclusion: Although the need for the day is treating patients within such a homogenous population, further research need to be done to examine the effects of specific exercises on different groups to assist in our ability to identify individuals or subgroups who respond best to clearly prescribed exercise protocols.