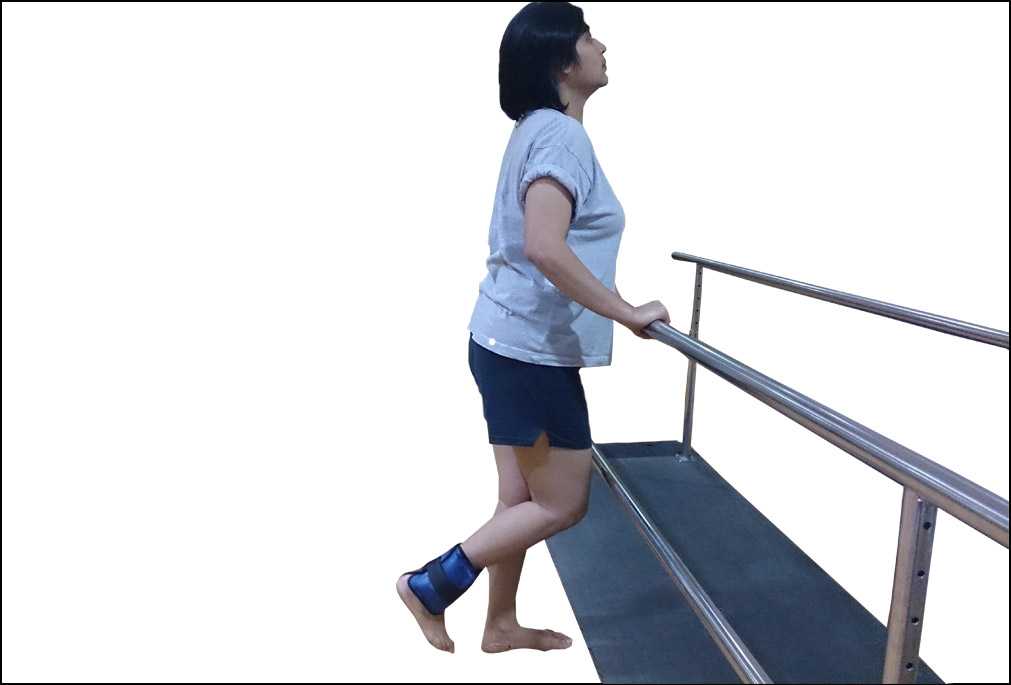 Since the dawn of the atomic era, human locomotion has taken the precedent of being most precious. It gives us the gift of being independent. If our locomotion is affected, our existence is affected. Injury to the body is seldom limited to the body alone. Bodily injury also causes injury to the mind, which is our supreme ruler. Anxiety due to temporary and (sometimes permanent) loss of function often results in altered levels of confidence and social embarrassment. Especially, when it involves our locomotory joints. Being the largest and the most anatomically unstable and complex synovial joint, the knee is one such prime joint, which helps us in the process of locomotion. Any structural or functional damage limits its function. Its anatomy reflects its function and role in our bodies, making it a common victim of overuse and traumatic injuries, compared other non-weight bearing joints. An observation that I have made over the years is that on an average, knee muscles are generally (predominantly) weak! And that contributes to the fact why this already-weak joint is susceptible to so much trauma. May it be a muscular cause or skeletal, terminal knee extension is crucial enough to become a potential source to spin-off adjacent structures which include the ankle, hip and even the lower back. Therefore, during assessment and treatment, it is imperative to cover surrounding structures as well, besides the prime joint.

Assessment; equally important- In a career of a physiotherapist, each of us, at some point or the other, has realised that what hands-on experience teaches us is something no book or journal will. Drawing my deductions from this very fact, I would say that “in a perfect ten of a physiotherapy session, nine is assessment, and one is treatment.”So many of us assume that the “normal” knee range of motion cannot be anything else other than the figures mentioned in theory books. Until, of course, we discover that the best way to assess is to look at the patient’s unaffected side. It gives us an exact baseline of what is “normal” in each patient. By saying assess the unaffected knee ROM, it doesn’t mean that we have to sit down with a goniometer and spend seven and a half minutes just to calculate the knee extension on the unaffected side

Gross, simple, yet quick assessment tools such as grasping the distal end of the femur with one hand, and the first two toes with the other (patient in supine), allows us to quickly compute and calibrate the available ROM. Also, knowing that some amount of hyper-extension at the knee joint is normal, (five degrees in males and six degrees in females), we will not be at any mechanical advantage if we aim to achieve an arbitrary zero degree at the knee joint.One major confusion that we often see while measuring is when we count the knee hyper-extension is of + (plus) or – (minus) when we try to give it a numeric value.Suppose there is FFD (fixed flexion deformity) and it is in a ten-degree flexion, obviously we will call it a +10 degree of flexion. Therefore, stating a -10 for a hyper-extended knee is nothing but logic. Some renowned doctors like Dr. Reinold & Dr. Shelbourne (USA) recommend the following method to avoid confusion. It is called the A-B-C method.

other 'not-to-be-missed' key aspects while assessing knee extension ROM are:

1) Patello-femoral mobility: This joint is primarily responsible for transmission of tensile forces generated from the Quadriceps into the patellar ligament. Thick articular cartilage area in a normal patello-femoral joint explains why a near full flexion produces approximately 150% of force passing through a normal tibio-femoral joint. Disfigurement or scarring of the patellar tendon can restrict superior glide of the patella and full knee extension. (Note: Patellar mobility is especially important after ACL reconstruction using a patellar tendon autograft).

3)Soft tissue restrictions should be considered such as tight fascia, weak muscles, their power and endurance, ligament laxity and any previous soft tissue injuries.

4)Other adjacent structures such as the ankle, hip and lower back should also be evaluated. For Eg; sometimes an over-pronated sub-talar joint can result in knee adduction and hip adduction. Don’t forget to grade muscles crossing these joints.

Getting it back!- The aim of every physiotherapist is to maximise outcome and minimize disability. Starting early rehabilitation minimises the detrimental effects of immobility not only to the affected joint, but to all weight bearing structures, including the lower back. A comprehensive program keeping a patient’s functional independence in mind is to be drawn up. To ensure positive results, the following can be used in combination with each other (subjective to each patient).

Self Stretches- Self myofascial release using a foam roller or similar, for tight TFL, IT band, Biceps femoris, Gastroc work best.These are the best kind of take-home therapy techniques. Patients can apply a stretch into extension by pushing their distal thigh.Once this becomes easy, you can add a more advanced one

Quadriceps drills and progressive strengthening: There are a broad spectrum of strengthening exercises that you can draw up for your patient depending upon their individual needs and performance levels. Static inner quadriceps contraction, VMO drills, squats, dynamic quadriceps using bands, tubes, weight cuffs etc.Progressive strengthening programs for all muscles around knee joint, hip joint, pelvic box and ankle muscles should be covered as well.

Soft Tissue Mobility: If you have tried reaching the sun and the moon in order to get back lost knee extension, but have overlooked the muscle spasm (Quads or Hams) around the knee joint, then chances are the knee dysfunction will return.Myofascial releases and soft tissue mobilisations targeting specific structures such as muscles, tendons and the fascia can largely contribute in getting the range back to a great extent.

LLLD (Low Load, Long Duration): When you put a person in prone, he is not in a position to avoid compensation and remain relaxed. Even in a ten-minute session, you will typically find hip-flexion, rotation and every compensation to minimise effectiveness . Typically, the therapist will have to hold the hip down to “uncompensate” this. When the person is in supine, they are more relaxed and comfortable. A rolled towel is placed under the heel to allow maximum extension, followed by the placing of a comfortable (yet effective) weight over the distal thigh . Some amount of discomfort is obvious knowing that stiffness is present, but anything that makes the patient fight for even those ten minutes of LLLD means the weight is too aggressive. Reduce the weight. As the patient progresses, you can add weights at the proximal area of the tibia just below the knee .Typically, I use anywhere between 3-7 kilos (subjective) and hold the position for ten minutes at the very least. Encourage frequent breaks if you want to increase the time. Simultaneously placing hot packs on the knee will benefit the patient substantially.

Joint mobilisation: The goal is to restore gliding movements of the tibio-femoral and patello-femoral joints, thereby helping them open, close and synchronise effectively.Low amplitude thrusts of less than 1/8 inch after taking the joint in its point of restrictive barrier, can assist in increasing joint mobility and reduce muscle tension.The gliding accessory movement of the patella over the femur can benefit the most from this technique.

ROM devices: ROM restoration devices such as dynamic splints, provide a “dynamic stretch” that can help the situation, especially when stiffness is chronic.Other devices that allow the patient to apply their own LLLD stretch (which the patient can tolerate), even at home, helps in frequent movement through the day, only working in the positive direction of the treatment plan.

Advanced methods to amplify recovery: Besides following the customised protocol, a few of the following can be added to aid rehabilitation.

Stretching and strengthening- Sometimes, depending upon the nature of pathology, either the medial compartment of knee could be playing a major role in its extensor dysfunction, or the lateral compartment. If the knee exhibits a varus posture, then muscles like Sartorius, Gracilis, medial head of Gastrocnemius, Semimembranosus and Semitendinosus, which produce the varus movement, are typically found to be tighter, as compared to lateral head of Gastrocnemius, Popliteus and Biceps Femoris (producing valgus movement). Stretching the tight structures and strengthening the weaker ones around the knee often remains the mainstay of our physiotherapy program for the knee joint.

Dry needling of these muscles will help release the TrP’s (trigger points) and the tight structures in these areas.Other tight structures like VMO, VL, Tibialis Anterior, IT band, TFL, Adductor Longus/Magnus can also be needled.

VMO Re-training: Often a weak VMO or its delayed firing can fail to counteract the tight lateral structures - playing a role in patello-femoral dysfunction, namely patellar tracking or its malalignment.This tear drop shaped muscle is at its most active state in the last 30 degrees of extension, making itself the prime component in playing the ‘screw home’ mechanism. Re-training of VMO muscle can be initiated by first placing the knee in 10 degrees of flexion (seated position) and later progress to standing. Under neuro-muscular facilitation there are repeated contractions, quick stretches and cross limb reversal; along with this, electrical stimulation can be given for treatment to be effective.

Taping: the patella can prevent its maltracking medially and can also assist in stretching tight structures around the knee. Structures around the hip, lower back and ankle can also be taped in order to achieve proprioception-induced muscle length and ROM. Taping also helps alleviates pain around the painful knee joint post therapy sessions.It always works in a patient’s benefit if we advise them to stretch their HEP 4-5 times a day rather than just doing it once. This will benefit them in terms of time and energy consumption. For example, they could combine LLLD with hip strengthening in the first time. Then VMO’s and self-stretches in the second; so on and so forth. This strategy will save them from the “exercise at home is boring” syndrome.

Our focus as rehabilitative professionals?- There is nothing like getting back “normal” strength in the knee joint. Instead, concentrate on chalking out a subjective physiotherapy regime, where prime motives are aimed at performing daily desired functions, preventing injuries, and early wear and tear. This should be our motto. Happy Healing!